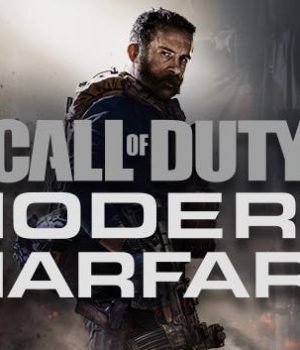 COD: Modern Warfare offers a fantastic game experience to the players. Being a first-person shooter game, it has advanced features that demand playing with tricks. The game emphasizes realism, where players are allotted a score at the end of each level.

The game includes more focus on exploring maps and door breaching. The online mode allows a more significant number of players within the map. The game consists of an exclusive set of customized weapons from where you can choose among up to 60 weapons.

But before landing into the game, it is crucial to understand ways to improve playing COD. Modern warfare hacks will help you mark an easy win over the competitors.  The blog highlights how a pro player plays and tricks for enhancing Call of Duty Modern Warfare.

Let me tell you that it is pretty easy for you to die in Modern Warfare. Do you know why? COD Modern Warfare focuses on individual soldier’s power. It implies that you consider each scenario and find the best way for weaving through firing lines.

The expert players try moving between cover before taking a few shots and repeating them. You can face severe penalties if you move for a long time in the open without cover while aiming at enemies.

The trick is specifically beneficial when you are starting. The Chopper Gunner is undoubtedly helpful, but you will never unlock it if you have a lower number of killstreaks. If you are struggling, try lowering the killstreak reward to obtain something more like UAV.

Yes! It will not be similar to higher killstreak rewards, but you can use it more often. Lower killstreaks will be a valuable asset for the team.

The pros pay attention to your objective as it is one of the best tips for winning in Modern Warfare. They ensure making exemplary efforts in attaining the mission. Do not always focus on the kill or death ratio instead of winning. A four players’ squad concentrating on objectives is beneficial instead of players trying to achieve high killstreaks.

Maps in Modern Warfare single and multi-player are intimately designed. It implies that camping is a legitimate strategy, especially when you can click in the right direction. You are also near the cover for mounting your weapon.

It improves stability and reduces the recoil’s impact that gives you a stable center for holding down positions. Camping suppresses enemies moving around objects and critical interest points.

Modern Warfare has an increased interior environment with ample opportunities for using doors as an added advantage. Opening a door while you aim down sights will give you a small window for peeping through the door.

You will get a grenade into an adjacent space, and you also have the option of camping a door. You can also shoot directly through the doors to take advantage of lesser careful enemies.

Try to adjust your audio settings as long as you are continue tweaking the button mappings. Mostly, the pros like to go away the flashy sounds and loud noise and leave the basic music. Players find it easier to hear gunfire and footsteps. Footsteps will alert you towards enemies and their positioning. Gunfire gives you signals related to weapons rivals are using. So, a good headphone set will work.

Keeping a close eye on the enemies’ position and movement is critical. The lack of a universal mini-map makes survival challenging. The pros track the rivals and communicate back to the teammates.  One way to help you in tracking is to reload while aiming. It will seem a small change, but it is a fantastic way to focus your reticule on advancing enemies. However, it has a penalty of increased exposure to the enemy’s fire and is a setback to your speed. But you can mitigate it at a cost by editing your weapon.

Look Out For Alternate Paths

Flanking is a critical tactic in COD’s Modern Warfare. Here, the game offers more scope for using environments to your advantage. You should keep a close eye on alternative paths. You can do it through opportunities and levels to overcover new firing positions. But remember that the majority of maps feature different alternate routes.

So, the pros follow the above tips to attain a score and win in COD Modern Warfare. These will enable you to stand up against the rivals by observing their movement closely. And yes! More and more practice will improve and make you gain excellence in Modern Warfare.

The Complete Guide to Mines of Dalarnia

Everything That You’ll Need To Succeed As A PC Gamer

Is Destiny 2 Still Worth Playing?