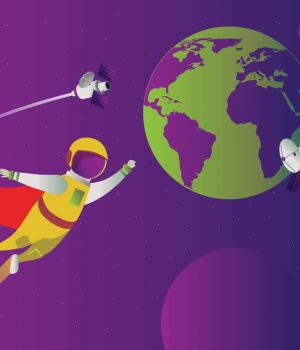 Recent data has shown a frightening truth: climate change is advancing faster than expected. Due to years of pollution and unscrupulous industry expansion, the environment faces a fast-approaching cataclysm. Data shows that Earth’s temperature has increased steadily by one degree Celsius in the last 100 years. This rise is a direct result of the greenhouse effect. The greenhouse effect is the process of warming the planet’s surface, but due to greenhouse gasses and aerosols piling inside the atmosphere, the temperature will gradually increase without the ability to cool down. Unless action is taken soon, temperatures will keep rising, and ocean levels will keep on increasing until life on the planet changes for the worse.

Global Efforts To Save Earth

There have been many attempts to start a dialogue for climate change, the UK included. Tackling climate change, crisis prevention, and petitions aren’t a new trend. In fact, the first-ever seminar held to discuss the fight against climate change was held in 1972.

The first climate change act was discussed and adopted at the First Earth Summit, held in Sweden from 5 to 16 June 1972. The summit was also referred to as the UN Scientific Conference and hosted every member nation of the UN. The main subject of discussion at the seminar was the growing concern for pollution and the correlation between the growing global economy and wildlife endangerment. The Declaration drafted included a set of principles that each country would have to abide by in order to make a global impact on the environment. Although some UN members were skeptical of the idea, a majority voted, and the Declaration was voted in. Unfortunately, due to the fact that times were slightly different back then and technology still hadn’t caught on, the document was mostly for show and didn’t serve an actual purpose.

The second global attempt to sign a common climate change act occurred in 1997 with the Kyoto Protocol. Similar to the Declaration, the Protocol detailed the growing need for action in the face of imminent climate change. Scientists present at the assembly showcased data collected on rising CO2 emissions caused by a rapidly expanding global economy. Unfortunately, the Kyoto Protocol suffered from a lack of leadership and clearly established rules that each nation would abide by. The document was heavily criticized by both the press and environmentalists for being too vague and without clear rules to follow. The document wasn’t put into power until the end of 2005.

Another failed attempt to fight climate change was the Paris Climate Accord. Very similar to the Kyoto Protocol, the Accord was criticized for being vague, confusing, and for leaving too much wiggle room for countries that did not want to sign it. Brazil famously signed the document, pledging to lower CO2 emissions by 2%, starting in 2040. As such, the Accord wasn’t successful in instilling the urgency of taking action against climate change.

Despite multiple attempts to lower global pollution, CO2 emissions continued to grow. That was until the Conference of Parties to the United Nations Framework Convention on Climate Change (COP) was established. The COP deals with similar issues to previous symposiums, but due to advances in technology and available information, it has the strongest chance of beginning to fight climate change. This year’s COP26 will be held in Glasgow.

The United Kingdom Prepares For The СOP26

The UK was chosen as the host of COP26. The decision was met with approval from members of the summit, quoting the UK’s government as a leader in the fight against climate change.

The UK’s climate change policies have helped shape many environmental agencies over the years. One of their most noteworthy policies is the pledge to lower harmful emissions to zero nationwide by 2050. So far, the UK has managed 44% out of a 100% due to a troubled political background. The country managed to make this change between 1990 and 2018, despite its economy growing by 75%. Ahead of the COP26 Summit, the UK government has made public a detailed plan to lower energy consumption, re-transform their independence on fossil fuels and nuclear power, and install thousands of solar panels across the country. The list consists of 200 changes that need to be implemented throughout the country in order for long-term goals to be achieved.

Despite their best efforts to become an eco-nation, the UK’s climate change policies have been criticized heavily by the public as false promises.

Why Does It Take So Long To Become More Eco?

Well, there are many reasons, some more complicated than others. It could be that to make such a drastic change, one needs the government’s support. Unfortunately, not every country has a completely clean and uncorrupted governmental body. Many lobbyists for large corporations fear going green due to potential financial losses and actively boycott such propositions.

Another reason why many countries haven’t initiated more sustainable plans is that the technology needed to make a lasting change is either too expensive or would require the complete overhaul of a country’s infrastructure. Such an endeavor would take a surprisingly large amount of effort.

Another reason could be the lack of benefits that a business would receive should they go green. For example, countries such as the UK and Germany offer bonuses and monetary incentives to corporations that prove that they’ve lowered their carbon footprint.

Concerns over pollution and wildlife extinction continue to grow as more and more data is collected. Humanity sits at the crossroads: take action now or risk losing the only planet we’ve got. We need to draft a climate change action plan as soon as possible, or damages to the environment will become too big to heal.