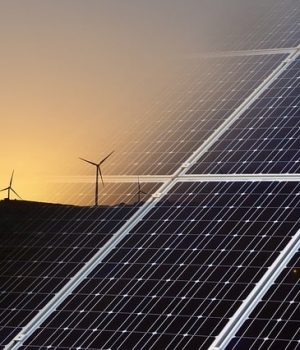 In the face of global warming, increased energy costs, and the instability of electric grids, renewable energy seems to offer the perfect solution. The industry is booming and is continuously innovating ways to harness natural energy and deliver clean and reliable energy today and for future generations.

If the benefits of using renewable energy are still not clear to you, this article talks about why making the switch to a green company like this Texas energy provider will not only improve your lifestyle but will have a huge impact on your community and society as well.

Human activities are overloading the atmosphere with carbon dioxide and other harmful emissions. These harmful gases act like a blanket that traps heat that eventually results in extreme temperature and climate changes. Now, we’re seeing stronger storms, rising sea levels, and extreme drought.

The hot sun, strong winds, and flowing water would never run out of supply. These elements are present every day and are relatively abundant despite changing seasons. On the other hand, fossil fuels are not guaranteed to last forever. There is only a finite source of fossil fuel in the world, and it’s commercially consumed—even as we speak. Thus, it only makes sense to switch to a renewable energy provider as early as you can.

Switching to a renewable energy provider means you contribute to reducing air and water pollution caused by traditional electricity generation, and that helps in reducing risks and health concerns.

Waste from coal-fired power plants and nuclear energy can contaminate waters. From highly toxic metals such as mercury to radioactive waste, water pollution from traditional electric generation can cause serious health effects such as immune system damage, birth defects and mutations, cancer, infertility, and even death.

Renewable energies offer affordable electricity and can help stabilize energy prices in the near future. While renewable energy facilities will need huge upfront costs, they operate at a much lower cost and provide more savings in the long term. Households that rely on solar energy, for example, can enjoy significantly low electric bills.

Fossil fuel prices can vary significantly and are highly prone to substantial price swings and other world market factors. And since the supply of fossil fuel is limited, its prices are bound to increase as the supply goes lower. Switching to renewable energy providers is more practical, especially in the long term.

Now that you know the benefits of switching to a renewable energy provider, it’s time to take a look at the options you have when you do make the switch. Here’s a list of renewable energy resources you need to know:

Sunlight is freely available and is one of the most abundant energy resources. In fact, the amount of solar energy reaching the surface of the earth in an hour is more than enough for our planet’s total energy requirements for a year.

Today, many households have already managed to install solar panels to enjoy the benefits of solar energy. However, since installation of solar panels is quite expensive for the average household, not a lot of communities can make the switch just yet.

Wind is a plentiful source of energy, although it still depends on the weather. The world has come a very long way from old-fashioned windmills seen on farmhouses. Nowadays, wind turbines as tall as skyscrapers with blades nearly as wide in diameter are standing in long lines to generate electricity.

Wind is also one of the cheapest energy sources with several states including Texas, California, Iowa, and Kansas utilizing its power. Take a look at these Texas electricity plans to see just how cheap wind energy can be.

Once considered as the largest renewable energy source for electricity in the US, hydropower staggers behind wind, but is still a critical source of energy. Hydropower relies on water energy—usually the fast-moving flow of water in a large river—converting the force into electricity by spinning the turbine blades of generators.

Although categorized as a renewable source, hydropower is often considered to be non-renewable energy, especially considering it makes use of large dams. Dams divert and reduce the natural flow of water, restricting access for humans and animals that rely on freshwater sources. In other words, it may not be the best option if you’re looking for renewable and environmental-friendly sources of energy.

The earth’s core is almost as hot as the surface of the sun which is caused by the slow decay of radioactive particles in rocks at the center of the Earth. Drilling deep wells can bring the very hot underground water to the surface and becomes a hydrothermal source that’s pumped through a turbine and create electricity. Unfortunately, there are concerns that drilling deep wells may increase the risk of an earthquake.

The rookie of the group, tidal and wave energy is still at its developmental phase. However, it is a very promising alternative energy option. But since harnessing tidal energy has the potential to harm marine wildlife, there’s still a lot of debate about its possible effects and overall efficiency.

There’s no doubt: renewable energy is the future. Making the switch from traditional electricity companies to a reliable provider of renewable energy will offer a multitude of benefits—not only to your home but also to your community and the environment as well.