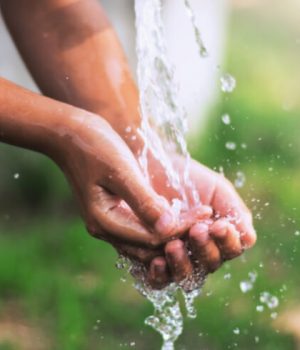 For most people, it is pretty unbelievable that half the year 2021 has gone. Recent events worldwide are so surreal that it seems like we live in the doomsday movie. The earth seemed to be in hell mode with events like the volcanic eruption in the Philippines, influenza B in the United States, and blizzards in Canada. Other simultaneous events include the rare storms in Brazil, fire disasters in Australia, and global coronavirus.

At first, most people didn’t pay attention to these disasters – wildfires, drought, and the extinction of a species. Then, some people were concerned about the disappearance of a city, but the events around the world became a leading source of concern when they affected everyone.

How Widespread Is Climate Change?

Research on climate change shows that global warming may worsen weather conditions. Regardless, some people still think the effects of global warming won’t impact daily activities because it’s just cliché to them. Global warming has been a point of concern for decades, and in recent times, the environmental temperature has been higher. The hotter environment should be an intuitive feeling for most. Nevertheless, we can’t ignore the absence of winter after the gunfire.

One of the effects of global warming is the gradual increase in temperature that causes permafrost and glaciers to melt. Early this year, Antarctica’s temperature was beyond 20 degrees Celsius, thus, causing extreme heat waves that lasted about a week. The situation of the white snow is now a piece of blood-red.

The effects of high global temperatures include rainfall extremities, including extended dry spells, dangerous floods, or severe water shortages. The world health organization projects that half the world’s population will live in water shortage areas by 2025.

Hydrologists explain that rainfall can be a beautiful thing and a nuisance at the same time because you can’t drink it immediately. Water shortages can be a slow disaster because the effects can linger for years before having regular rainfall rates. Therefore, this creates a short memory of the last drought.

Apart from its threat to human health, another extreme consequence of water shortages is the increased concentration of pollutants in water bodies like streams and rivers when their flow reduces. Also, aquifers in some locations will have an increased number of contaminants. Furthermore, water shortages may lead animals to seek water in human habited areas thus, increasing the human chances of contracting parasites and diseases from animals. Drought also increases the likelihood of wildfires and dust storms which may lead to lung and airways irritation.

Another effect of water shortages is the reduced access to water for handwashing and sanitation; this increases the risk of respiratory and gastrointestinal diseases. Furthermore, the soil becomes compacted when it dries out. Therefore, runoffs do not get soaked into the ground and contaminate crops, leading to food insecurity.

How To Get Clean Water During Floods?

Having a stash of safe water can come in handy during floods. It is best to plan for a reserve of one gallon per person daily for a minimum of three days. As long as it hasn’t expired, store-0bought bottled water is safe and drinkable. Always check expiration dates and rotate your stash.

A recent test on 47 bottles of water – 35 non-0carbomnated drinks and 12 carbonated drinks identified the presence of toxic PFAS chemicals at high levels in some popular water brands. So, bottled water may not be 100% safe, and it has a heavy impact on the environment.

membrane systems have microscopic pores that allow water to pass through. Depending on the particle size, they may either get filtered out or pass through the pores. Ultrafiltration systems have pores that can only filter out pathogens but cannot remove chemicals. On the other hand, Waterdrop reverse osmosis systems (RO) have a thin film membrane that can filter out particles larger than 0.1 nanometers in size. The RO system can increase water purity by removing microbes, heavy metals, radionuclides, and heavy metals. The RO system may not be perfect, but it sets a high standard for water filtration.

People should be concerned about global warming; it can cause devastating effects like floods and water shortages. Although a stash of bottled water comes in handy during floods, they are not safe. A reverse osmosis system is a better alternative ideal for purifying water for drinking purposes.