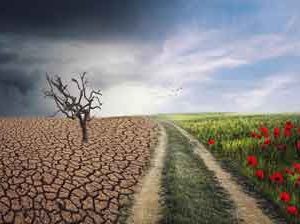 Climate change is a pressing concern everyone is aware of. Evermore people worldwide start thinking of sustainable use of our home planet’s resources, trying to cut off on plastic and other materials that affect our environment. And, as people advocate green initiatives, technology helps us stay updated on the latest climate change statistics. Of all available satellite uses, monitoring systems for climate change are some of the most helpful tools that can potentially preserve our planet’s precious resources.

Satellites measure temperature, atmosphere gases, and greenhouse emissions, keep track of sea levels and icebergs melting, even monitor forest coverage. All of these data keep scientists up to date on the latest climate changes, our planet’s possible future, and solutions that could potentially slow climate change down.

Climate change monitoring spacecraft keeps track of changing ice cover on Earth. They observe volume change, estimate mass balance, and track sea-rise levels. Quite logically, when ice cover diminishes, the sea level rises. Sentinel-3, ESA’s spacecraft, provides most data on this issue. One of the largest (and most concerning) developments in this area occurred in 2017 when a huge iceberg broke off from Antarctica. Thanks to climate change monitoring satellites, we know that ice is melting in Greenland six times faster now than it did thirty years ago.

One of the most advanced satellites monitoring pollution levels is ESA’s Copernicus Sentinel-5P, launched in 2017. It tracks ozone, aerosol, and carbon, all of which contribute to climate change temperature rise. Before Copernicus, Japan’s Greenhouse Gases Observing Satellite launched in 2009 was the most advanced device of this sort. Up to this date, it measures CO2 and methane emissions in 56,000 different locations worldwide. NASA, too, is getting ready to contribute its share to climate change monitoring. Its Geostationary Carbon Observatory should be launched by 2022. 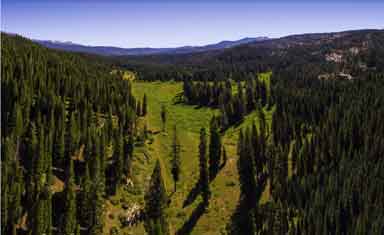 Many believe that factories and machinery emit most CO2, but in practice, most emissions happen because of deforestation. Thanks to climate change monitoring data from satellites, we know that a quarter of global greenhouse gas emissions occur because forest coverage is dwindling, especially in countries covered in forests, like Brazil and Indonesia. According to NASA Earth Observatory, Western Brazil is now the most deforested part of the Amazon region. Monitoring deforestation levels could potentially urge governments to come up with new, more eco-friendly initiatives. Besides, some sites can track illegal deforestation, which is another pressing concern.

Most ocean monitoring satellites keep an eye on plastic discharge in marine areas. Once again, governments and researchers alike will have some info to sleep on because current estimates of plastic waste in the oceans stand at eight million tonnes a year. Thanks to climate change monitoring satellites, researchers have managed to uncover this havoc. Now the real question is — how are we going to solve this problem? We already know that water pollution endangers many sea species, leading to ecocide and further climate change.

Coral reefs may not have the vastest coverage on our planet, but they are home to 25% of marine species, making coral reefs the most biodiverse ecosystem on Earth. This marine biodiversity used to support half a billion people in developing countries, but 50% of the world’s coral has been destroyed in the past thirty years. Unless scientists come up with a solution, in the next 50 years, there will be less than 10% of corals left.

Those are some of the primary areas of climate change monitoring, and satellites play a major part in that. Of course, some may argue climate tracking and observing do not really help; it only keeps up information. On the other hand, information is vital in today’s world, and data from climate monitoring satellites may point scientists in the right direction. Possibly, it may help them find actionable solutions to fighting climate change.