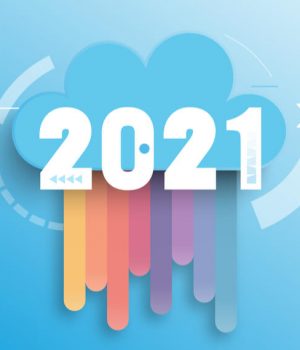 Almost all businesses were able to maintain business continuity in 2020 by using and relying on the cloud. The trend will continue to grow in 2021. Moving more operations and processes to the cloud to survive the crisis is preferred to continue innovating fast and OPEX.

The situation has never been better for the cloud and its technologies. This is a review of the various reports from Forrester, Gartner, and other market analysts made by paper writer Dustin Bratten to outline 10 major 2021 trends around cloud computing.

As explained in the introduction, the trend is not a slowdown in investment in the cloud and particularly in the public cloud. The major hyperscalers have experienced a year of solid growth in 2020. And even if the rhetoric around European data sovereignty has slowed down some initiatives, it has only slightly affected the massive migration of workloads to the cloud.

All observers agree that cloud-native development projects will accelerate further in 2021. Gartner anticipates a global growth of 19% in 2021 for cloud services (IaaS, PaaS, SaaS), whether private, hybrid, or public. For the analysis firm, “the pandemic has validated the value proposition of the cloud. For its part, Forrester predicts a 35% growth in the public cloud, with the market exceeding 120 billion dollars.

A recent study by the Cloud Industry Forum (CIF) shows that 91% of IT managers say the cloud has played an essential role in accelerating digital transformation in 2020. 40% even see it playing a critical role. And 88% of companies anticipate increased adoption of cloud services in the next 12 months.

The Requirement For Establishing An Authentic Cloud Culture

The Lift & Shift has come to an end. The days of hesitant cloud adoption are passed, based on “quick wins” without a long-term transformation plan. It’s time to embrace “native cloud” development, PaaS acceptance, the widespread use of containers and microservices, and Serverless adoption.

Companies need to shift their culture to “cloud-first” and adopt cloud-centric project governance. Forrester estimates that by 2021, 60% of enterprises will be running containers on the public cloud. At the same time, companies will become better equipped to control cloud spending and avoid throwing money away by accumulating resources that are never used. A cloud culture also means rethinking the economic equation of its information system and better monitoring and controlling cloud usage.

The take-off of FaaS

A leading figure in the “Serverless” trend, “Function as a Service” is one of the five most successful Cloud services in 2020, according to the latest Flexera “State of the Cloud” report. And its adoption is accelerating. Forrester estimates that 25% of developers will be intensely leveraging serverless and FaaS (Function as a Service) in 2021.

The hybrid war will happen…

Everyone’s strategies are set for 2020. All the players are ready, and the hybrid cloud battle can begin. On the one hand, the two leaders in private cloud infrastructures have finished concretizing their hybrid visions. VMware launched vSphere 7 with its native adoption of containers and Kubernetes, coupled with Tanzu services, opening a new page in its history. Nutanix launched Karbon 2.0, Karbon PaaS, and Nutanix Clusters (on AWS and Azure). And let’s not forget IBM, which has completely overhauled its strategy for hybrid through Red Hat, OpenShift (Red Hat’s container orchestrator), and IBM Cloud Paks.

At the opposite end of the spectrum, the public cloud giants are also proposing to invade on-prem infrastructures with solutions to merge internal infrastructure with cloud services better. At Google, the strategy is based entirely on Kubernetes and the Istio Mesh Service with its 100% software solution “Google Anthos,” which now works in bare-metal and is also deployed on other public clouds. At AWS, the strategy relies in part on its AWS Outposts appliances as well as the recent announcements of ECS Anywhere and EKS Anywhere to deploy Amazon’s container orchestration services on its internal infrastructure. Finally, Microsoft launched in December the “General Availability” version of Azure Stack HCI, its hyperconverged solution that competes directly with VMware and Nutanix, which is highly integrated with Azure and embeds AKS (Azure Kubernetes Sevices). The vendor also offers Azure Arc to deploy Azure data services as containers in any cloud or its internal infrastructure.

SASE: Towards cloud security that is intrinsic to the cloud

The private/hybrid/public cloud’s cybersecurity is a prominent topic. And the trend is unmistakably toward 2020’s “buzz word”: SASE.

SASE combines SD-WAN, Zero Trust, Web Gateways, Cloud Access Security Broker (CASB), and a central console in the cloud to ensure that traffic is secure from the user to the application, regardless of where the former is located and where the latter is hosted, based on the premise that security must come from the cloud to ensure universality.

Multicloud is a reality in almost every enterprise but a fuzzy and not always well-defined reality. Its face will change a lot in 2021 as hyperscalers have now embraced this notion and are exploiting it. Oracle and Microsoft stepped up their interconnection partnership in 2020 to smooth and optimize scenarios where Azure is used, for example, processing and ML on data hosted in Oracle Cloud. With Azure Arc, Microsoft is making its Azure data services available on all clouds. Google is deploying Anthos on AWS and Azure. With ECS/EKS Anywhere, AWS also wants to deploy its container services “anywhere,” including the competition.

These interactions between the technologies of the various hyperscalers will multiply in 2021 because no company wants to put all its eggs in one basket, and competition is still the best way to drive down cloud prices.

The rise of DaaS

Gartner anticipates that 48% of employees will continue to work from home after the pandemic is over. To secure this remote work and allow everyone to work from anywhere, it is likely that “VDI in the Cloud”, in other words, virtualized offices in the cloud, or DaaS (Desktop as a Service) will multiply.

The arrival of a “Cloud PC” offer from Microsoft, strategic for the success of its future Windows 10, should accelerate the movement by democratizing it. The competition will have to sharpen its value proposition.

The Edge reaches an inflection point.

At least, that’s what Forrester believes. The Edge is redefining where data is processed and how the cloud is used. Practical applications of this concept will finally emerge in 2021 where this architecture brings real benefits.

The ability to implement private 5G networks will also provide new use cases for Edge Computing.

The Distributed Cloud is taking shape.

Gartner has identified this as one of the major IT trends for 2021. According to the analyst, it’s even “the cloud’s future.” The distributed cloud concept is to distribute services over several physical locations (on-premises, at the edge, and among multiple public cloud providers) while managing and administering them through a single public cloud provider. Azure Arc and AWS Outposts both use this concept. The idea is for businesses to be able to physically move their services closer to their clients in order to benefit from lower latency, lower costs, and adapt to changing local laws. In the same spirit, Forrester considers that data center aggregators such as Edgevana and Inflect allow companies to think globally and act locally in a distributed approach.

On the one hand, companies are striving to prevent vendors from locking them into their cloud technologies. On the other hand, European legislation has been tightened to ensure the sovereignty of European data, forcing companies to think of “European storage.” These two themes primarily drive the GAIA-X European meta-cloud program. The fundamental values of this meta cloud are interoperability and reversibility. As a result, the cloud will become more agnostic. For this campaign, 2021 will be the year of all perils. It is critical to its success that it comes to fruition swiftly, most likely around mid-2021. If not, the European meta cloud is almost certain to be a disaster.