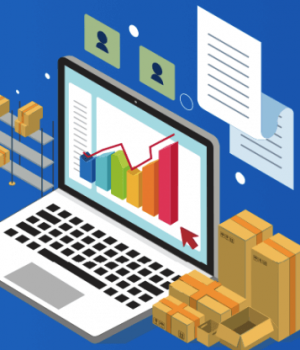 With more digital products on the market than ever, customers and businesses alike are excited to tap into the disruptive potential of powerful software and applications. The internet has truly opened the door to a new economy of digitization that will shape humanity for years to come. It’s no wonder that this new economy has provided plentiful opportunities for knowledge workers with specialized skill sets.

However, since digitization is such a recent and rapidly growing phenomenon, there is still a great deal of confusion as to the division of labor that goes into creating a digital product. Web developers, software engineers, product managers, designers, marketers, and business owners must all work together to create a successful digital product.

Many people are still unclear as to how duties and responsibilities are separated among these professionals. One of the most popular points of confusion is the distinction between web developers and software developers. Let’s iron out the differences between these two similar yet uniquely important roles in the digital economy.

The first thing to understand when looking at the difference between web developers and software developers, also known as software engineers, is that the meaning of these terms is highly context-dependent.

The definitions of these terms are to an extent fluid when used in different situations and by different companies, so it’s important to remember not to cling to rigid differences between the roles. Nonetheless, let’s explore what both of these terms generally denote and how they are typically used.

When you’re thinking about who built the consumer-facing, internet-based applications that you likely use on a daily or weekly basis, you’re likely thinking of web developers. Web developers are programmers that specialize in writing computer code that is executed within applications that are accessible through the web.

Increasingly, this code is also run on browsers due to the popularization of programming languages like Javascript and the power of modern web browsers. However, this is not the case when it comes to back-end or server-side web development.

The term back-end web development typically refers to writing code that retrieves or returns data that is held in the server-based database infrastructure of an application. Therein lies the intersection of web development and data science, with most web developers having knowledge of how to work with both relational and no-SQL databases when developing products. The more you learn about these disciplines the more it will become evident that they are all cross-functional.

Conversely, front-end web development refers to writing the code that executes through the browser. This code often loads web pages or designs, creates animations, and performs time-sensitive, asynchronous actions in an app.

Software Developers Write and Debug Code that Can Be Executed Offline

Software developers or engineers write and debug code that is often executed natively on computers or devices, and not necessarily online. A helpful way to think of this is to consider software that you might have bought in the past on a CD. You may remember inserting a CD-ROM into your computer so that software can be installed, and that software might not have run on the internet.

This is rare today since most software is accessible or downloadable online, but it is nonetheless helpful to understand the distinction between code that is stored and executed on a computer and applications that are internet-based. A common example of a natively-run piece of software would be Microsoft Word. Although cloud-based word processors like Google Docs are now available, traditionally, word processors including Microsoft Word were installed and run on a computer.

The individuals that write the computer code that runs this native software are called software engineers. Particularly for businesses, it is vital to have software that lives and executes on computers since this software can be more robust and performative. Enterprise software is used to analyze data, create presentations, store encrypted information, and automate processes.

Many businesses build their own customized internal software, some of which aren’t even necessarily connected to the internet. The heroes that build these are the software developers.

Web developers often have a more creative, expressive role, often writing code from scratch or creating iterations of web-based applications that can continue to be improved.

In conclusion, the difference between web developers and software developers is subtle but important to understand. While these two vital roles are not set in stone, businesses do use the terms to denote slightly different responsibilities and skills.