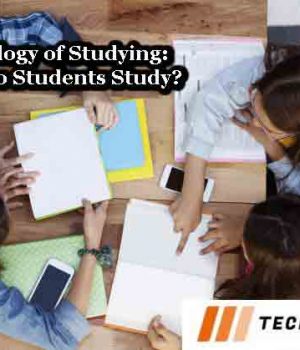 When you stop and think about it, no two students have the same studying techniques. Some retain information well and only need to see things a few times, while others need to review often. On top of that, people learn differently, doing better when seeing, hearing, or physically interacting with information.

The Preparer Vs. The All-Nighter

If you have experience studying, you more than likely know that students prepare and study over time and those who pull all-nighters and cram sessions. While experts like to say that it’s never recommended to cram the night before, there are some people out there who actually do better. It puts them under pressure, and they retain information, flying through exams as a result.

The majority of students we talked to said that they study long before the exam. They carve out anywhere between 45 and 60 minutes to study a topic, taking a break afterward and going at it again later if time permits. This technique works best and helps to save students from getting overwhelmed before the big day.

We’ve all had that experience where we wait until the very last minute, praying for a miracle. That’s not only terrible for your body and brain but no too suitable for retaining the learned information. During an all-nighter, you’re staying up late and throwing your sleep rhythms out of whack. Though it’s not advised, 27% of those surveyed admitted that’s their usual way to study.

The Planners Vs. The Non-Planners

Some plan and some don’t. Students who start preparing months or weeks before tend to be more successful when exam time comes. Still, not all students are the same when it comes to planning either, with some better prepared than others.

The majority of students we talked to shared that they generally started studying early on to avoid cramming or falling behind. Among the planners, some students started to hit the books as soon as the syllabus came out. Others started about a month before an exam, while a slightly smaller amount started the week before.

Those who didn’t pan at all were not a majority, but there were a few. The most drastic we heard was starting the day before, of which 9% admitted to doing. Many of them spoke about that practice laughing off, suggesting that they know it’s not the most effective. But if that’s all the time you have, then what else can you do?

One big part of student life that has a direct effect on studying is health. A lot of times, students throw their health out the window, grabbing whatever is closest and cheapest for them to snack on. There was a big difference between the two, with the majority of students answering as expected.

Less than half of those asked about their health habits during their semester said that they exercised regularly. In addition, most who claimed to eat healthy also mixed up their weekly eating with junk food and processed snacks.

The majority we talked with said that they do not exercise, not even one day a week. Though many students drink water, many only got six hours of sleep per night and believed that staying up all night to study was beneficial.

The Highlight Crew Vs. The Scribblers

We all have that one person in class who has the most beautiful color-coded notes with highlights here and there. Surprisingly, this happened more than we thought. Almost everyone said that they highlight the important facts to make revising easier when it comes to studying.

Finding your Most Effective Learning Method

So, using these ideas, you should start to try and find your preferred learning method. When you know how you better learn, it will help you cut your study time in half and use your time more efficiently than ever before. Start by defining yourself with these critical factors.

Auditory learning means that you respond better to the things that you hear. Likely, you succeed in remembering things that your professor said, and you have the art of selective hearing mastered. In addition, you likely:

As a visual learner, you remember things that you see. You do best with charts, diagrams, and other visual graphics that help you better understand certain concepts. Other characteristics you exhibit are:

The majority of students we talked to claimed that they were visual learners. If that’s the case with you, then note-taking and mind maps are best. If you’re auditory, then record lectures and read your notes aloud to hear them and see them simultaneously. Take some time to explore your study habits and productivity peaks, and you’ll perform way better during homework completion and exam preparation.

How to Create and Run a Profitable Online School from Scratch