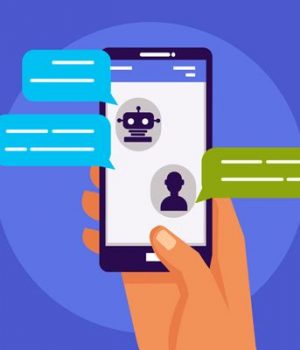 We still hadn’t used to the expressions like micro-influencers, but the lockdown period presented us with the new group of bloggers who are occupying a new position and creating a new coaster of people who are taking advantage of using social media. By nano influencer, we mean a person with about 1000 to 7000 followers on Instagram, certain topics he/she cover in the blog, and a special concept that is quite vivid from the general appearance of the blog.

Besides, they have proved that to start making money on Instagram, you don’t always have to wait until the number of your followers exceeds 100k. The number of followers, nano influencers gather around themselves is not that high, but there’s a quite stable and high-level audience involvement so that sometimes they post to get the same feedback in means of likes and comments as the posts by micro-influencers. It happens so because usually, nano influencers represent an idea that doesn’t leave the audience indifferent: personal experience of overcoming health or social conditions, ideas interesting for a specific type of the audience, or the personality which is hard to confuse with others.

Let’s analyze a couple of main features nano influencers have:

It happens very often that nano influencers ignore the traditional trends of Instagram and don’t use technical solutions to follow the standards of the posts. For example, you often can’t find the pictures taken professionally. The style of the visual content may also be uneven. But in this way, the audience sees the blogger more true and sincere, as the concept matters more than the way it is presented. On the other hand, the blogs of many nano influencers look very authentic due to the style of narration and the topics they talk about.

Some nano influencers start their blogs with the aim to inspire others or find the people who share their interests and a way of thinking. So, if somebody has decided to start an account on Instagram with the nano-influencer strategy, they should start by demonstrating how close they are to the audience.

In other words, they can be a classmate, a neighbor, or a school football teammate of any followers. The other interesting fact is that often nano influencers know some of their followers personally. That’s why if to consider cooperation with this kind of bloggers in the means of advertising, the sponsored posts, in this case, can be more effective, as the level of trust to them among the followers is much higher than those of the accounts with a bigger number of people following.

2. High attractiveness for the sponsors

Among factors that make cooperating with Instagram accounts attractive for sponsors, we often start with the involvement rate of the posts.  Taking into account the specific emotional connection with the audience, most nano influencers have, it’s obvious that their advertising posts, in the majority of cases, have more chances for monetizing than those of the more popular bloggers. The main reason is that the advertising posts of nano influencers have the word-of-mouth effect.

That’s why the potential customers may find a stronger reason to believe after their posts. Besides, the prices of the sponsored posts of nano influencers are much lower, that’s why they are very interesting for smaller companies with a limited advertising budget.

In general, the average prices are the following: 50$ for the life story, $100 for a post in the feed, and about 120$ for a video. Of course, there are some risks for the nano influencers, when a quick success can go to their head, and they become too commercially oriented. The audience is very sensitive to any kind of lie or pretending.

That’s why it’s crucial to analyze all the advertising offers before taking them. Once a nano influencer promotes a low-quality product, he/she hasn’t even tried to use, there can occur bad consequences, the audience will just turn away from them.

3. High relevance to a brand

If a company is looking for effective ways to organize a customized and relevant branding campaign, cooperation with nano influencers is a good choice. Nano influencers usually operate in a unique niche and cover specific segments of the more or less even audience.

It’s really different from the bloggers with a higher number of followers, as the audience of nano influencers normally represents a coherent cluster of potential customers. That’s why with the start of the nano influencers’ era, we can witness the beginning of new opportunities for many potentially unsought products, those that need special promotion, and some significant changes in consumer culture. Many nan influencers, who are vegans, have raised a culture of consuming new products even by people who are non-vegans.

Ecologically friendly products have also found a new market, being advertised by bloggers with a strong social position. So, in this way cooperation with nano influencers doesn’t only trigger the sales, but can also create a new market and a new demand for the good which hasn’t been very attractive for the customers. So, for such niche products, it’s also easier to find a brand ambassador, even more than one, as many nano influencers can cover the same niche topic in completely different ways.

In comparison to other types of blogs, the blog of many nano influencers is an open book for the potential audience. The bio is well-organized and gives a complete understanding of what the page is about. If a holder of the Instagram account also has a Telegram channel, Tiktok account, or a podcast, they put the links in bio, using the multi-link tools like https://linkpeak.io/. In this way, the audience has more ways to get closer to them, and of course, the more touch-points you provide, the beret it is for the account performance.

The posts usually have a very visible genre, and the audience can’t mistake the blogger with anybody else, as they show everything in a different way, even though the general concept might be quite widespread among their competitors.