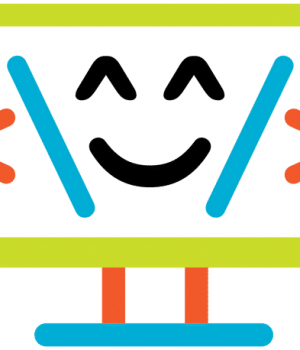 Coding is a creative process in which computer programmers instruct a computer or machine on carrying out a particular job. It entails utilizing computer programming languages such as Java or Python to create executable scripts.

Some people consider coding to be a method of interacting with computers. Programmers provide commands to computers, which the computer executes. Coders, programmers, and developers can build games, applications, computer software, websites, and interactive digital content.

Is Coding For Kids Necessary?

The brains of children are flexible and adaptable. They can acquire and remember information rapidly, making coding a practical choice for them. Children introduced to coding at an early age learn how to critically evaluate problems, investigate various viewpoints, build innovative solutions, and use the trial-and-error learning process. The sooner children learn to code, the simpler it will be for them to master it and the other abilities that coding fosters.

Why Should Kids Start Coding?

While such a young start may seem unusual initially, elementary-school programmers are much more frequent than you would believe. Furthermore, as digital literacy becomes a key component of contemporary education, rationales for why students should code are expected to grow. There are plenty of reasons why coding for kids is essential. Below are some of the reasons that make computer programming a critical activity. Let’s get started!

1. Coding Is A Different Language

Language teaches youngsters how to communicate and how to think logically. Language improves both verbal and writing abilities. At a young age, children should be exposed to a variety of languages. It allows children to get a better understanding of the world around them. It’s as though coding for kids has its language. Each letter in the English alphabet is constituted by a unique set of 0s and 1s. These 0s and 1s instruct the technology around us on how to function. What better way for our children to grasp why and how the technology around them works than for them to learn to code and communicate with it?

Coders are continuously challenged and pushed to solve problems in the programming world. They are almost forced to break down difficulties into smaller, more manageable sub-problems, then go through an iterative process of finding, prioritizing, and implementing solutions. As a result, youngsters begin refining their problem-solving abilities as soon as they embark on their first coding challenge.

When it comes to writing, programming may help your kid develop a more concise and organized approach to narrative and the English language and enhance their written abilities. When coding, a kid will often discover that there are many solutions to a problem. Sometimes a more straightforward and efficient approach is preferable. It may lead to more meaningful written and spoken language by analyzing their critical thinking and problem-solving abilities.

They will learn to adopt a new approach to addressing problems by playing with computer code, something they may not have considered previously. When a kid learns a coding language, they may learn to produce and consume digital material. Apart from downloading an app or playing a video game, your kid might be the one to come up with, design, and build one. Your child’s brain will undoubtedly get more robust and more flexible due to problem-solving with code. That’s why coding for kids is essential.

Coding for kids teaches them computational thinking, which is the act of breaking down complex jobs into discrete stages that a computer can comprehend. This is the same technique used to deconstruct complicated arguments and is a cornerstone of logical reasoning. The more coding that children do, the stronger their reasoning abilities will develop.

Math abilities are often vague and difficult to comprehend. This is especially true when a kid approaches high school mathematics, a transition that many of us have experienced. Math topics may be made more tangible through coding projects. Variables and other subjects learned in computer science will undoubtedly offer students an advantage as they go through pre-algebra, algebra, and geometry.

If you’ve ever attempted coding, you know how precise it can be, especially when it comes to text-based coding! While block coding is forgiving, text-based coding requires accurate grammar. A script may be rendered worthless by a single misplaced comma or semicolon.

Furthermore, children who code tend to be more specific and confident in their choices than children who do not code. Writing compelling, functioning screenplays is tough, but it’s much more difficult when you’re constantly second-guessing yourself.

As a result, young programmers learn to be confident in their choices. Their capacity to bounce back after repeated failure is highly inspirational, and the confidence that it instills in them ultimately spreads to many other aspects of their lives.

Technology is everywhere. It helps us do our jobs, makes communication easier, allows us to interact with others, and supports virtually every sector in the economy. Understanding and engaging with technology isn’t just a nice to have in today’s world; it’s a must for navigating an increasingly digital culture. Children must have a basic understanding of technology; in other words, they must be digitally literate.

The phrase “digital literacy” is a wide one. It refers to a person’s capacity to comprehend and interact with technology in a deliberate, meaningful manner in general. Coding for kids helps them in improving their digital literacy.

Whether you like it or not, code is becoming the 21st century’s language. It has evolved into basic literacy that children, teenagers, and even young adults may benefit from. As a result, coding for kids is no longer an elective activity. It is now a required skill that they should have a basic grasp of; otherwise, their peers risk being left behind.

Cloud Storage 101 Guide: What It Is and How Does It Work