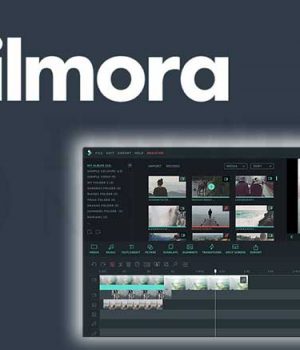 Video editing is all about making a simple video look stunning with cool visuals and effects. There are tons of video effects, out of which distortion is one of its own kind, and preferred by a lot of video editors to give a cool touch to their videos.

We have already seen thousands of TikTok videos with distortion and glitch effect, which does look pretty amazing if used properly. If you too wish to add a distortion effect in your videos using Wondershare Filmora X video editor, then this article is a must-read.

In this article, we will be writing down the step-by-step process to add a distortion effect in your videos, so without waiting further, let’s get started.

How To Add Distortion Effects In Wondershare Filmora

It is pretty easy to use the distortion effect in Wondershare Filmora X, in case you haven’t fully explored the video editor yet, read this guide.

Launch Wondershare Filmora X on your PC, like you normally do and import footage. Now drag and drop the footage onto the timeline and get ready. 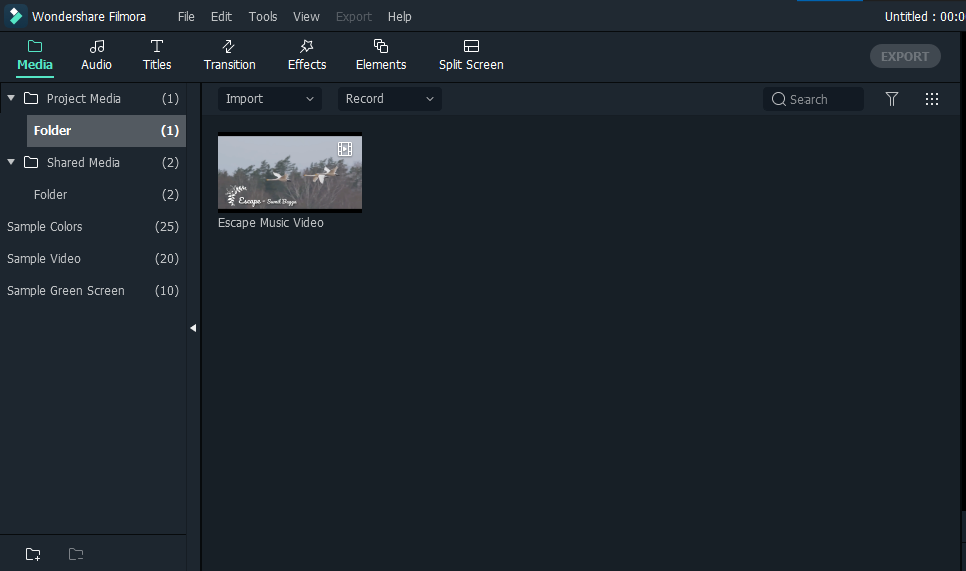 Now click on the Effects option in the top toolbars section and a list of the effects will show up on the left sidebar of the screen. 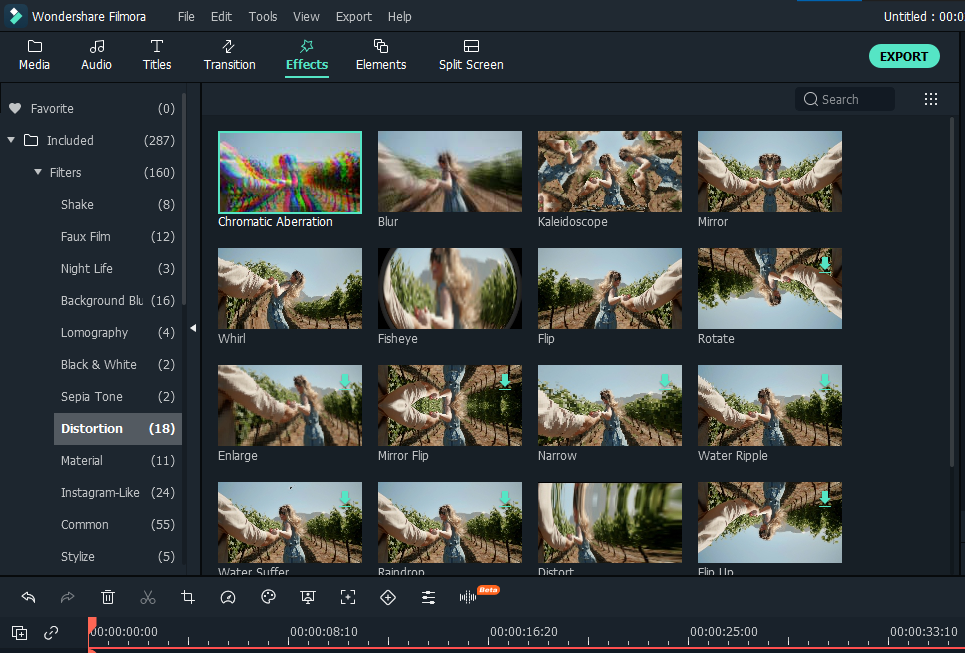 There are a total of 18 distortion effects in there, all of them are good if used properly, but for now, let’s use the “distort” effect.

Click on the effect, drag it and drop it on the timeline, this gives you better control over the effect. If you directly drag it on the raw footage, the effect will be applied to the entire video, and that’s something you should avoid while editing a long-duration video.

Once done, double click on the effect, and the settings for distort effect will show up, you can adjust them according to your requirements.

If you don’t want to apply the effects one by one to check the distortion effect, just double click it and you will see a sample video that shows the result after applying the effect in the preview window.

Wondershare Filmora is a perfect tool for beginners as well as professional video editors. In case you find Adobe Premiere Pro, and other video editors too complicated for your use, Filmora X is the perfect match for you.

Let’s take a sneak peek at its features in the latest version.

This feature of Filmora detects silent pauses and then removes it automatically.

Attach an element to a moving object, including moving objects like faces or license plates in your video easily with auto motion tracking.

Add animation keyframes to change the position, rotation, scale, and opacity of a clip.

Match the color of selected clips to another frame from another clip.

Filmora X is packed with more than 800 video effects to give your videos a professional touch.

This sounds like a very basic feature of video editors, but the advanced text and titles features of Filmora lets you add titles and text in the video perfectly, with all sorts of customizations and animations.

Who doesn’t love background music in videos? But using copyrighted music may invite troubles to your YouTube channel, isn’t it? Filmora X gives you a library of copyright-free tracks that you can use in your videos.

Another amazing feature of Filmora X is the green screen, which allows you to change the background and add special effects to the videos using the Green screen.

Video editors know the importance of the correct colors in the videos, and with Filmora’s color correction tool, this has been made easier.

Another amazing feature of Filmora is the audio mixer which allows you to perfectly blend the audio with the video without compromising with the frequencies and volume.

Filmora is a feature-packed video editor and comes with the screen recording feature as well. If you usually create troubleshooting videos for Windows, this can be a useful feature.

All of these amazing features are totally free to use, but there will be a watermark after the exported video. To remove the watermark, you need to purchase a plan. Currently, the plan is divided into two types annually and perpetual. According to Wondershare, the perpetual plan is the most popular plan that will provide free updates for the Filmora version X, but not the version beyond X. The cost for this is $ 69.99.

The annual plan is billed at $39.99/Year, which again has all the features included. The pricing for the macOS version is also the same, but the annual subscription is $44.99/Year.

There are multiple modes of payment gateways and cards accepted so that you don’t find it difficult to get hold of such amazing software.

The distortion effect looks pretty cool if used correctly. In this article, we have learned how to add a distortion effect in Wondershare Filmora X. Moreover, we have even discussed the key features of the software and its pricing.