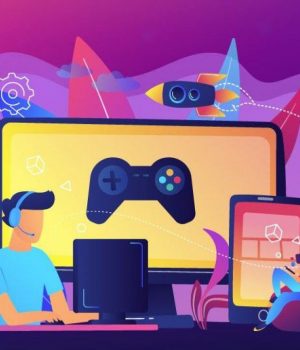 As we have entered a new year, gamers will be eager to know about the latest releases coming in 2022. Many of which were delayed releases due to the COVID-19 pandemic, making them hugely anticipated launches. In just this month alone there are plenty of new games being launched within the industry, gamers will soon be able to get their hands on them! GMR has helped to list some of the top games for this month (Jan 2022), so you don’t miss out.

Up until this latest release, Monster Hunter Rise has only been available on the Nintendo Switch. However, this Jan, the latest release brings the critically acclaimed monster-themed combat game to the PC, offering more gamers the chance to get involved in the action! PC gamers can now play as a hunter given the task of protecting the village from a new threat. Meeting plenty of monsters along the way.

This new release based on 2015’s Rainbow Six Siege, will be an extension centered around multi-player and sci-fi drama. Gamers will now be required to take down invading aliens. Ready to assemble your elite team of Rainbow Six Operators? Players will launch incursions in the unpredictable containment zones and face off an evolving Alien threat. While banding together with fellow players take down this unknown enemy! The game will be released across various platforms including, Xbox One, PlayStation 5, PlayStation 4, Xbox Series X, and Series S.

Pokémon Legends: Arceus is set for release at the end of this month! An upcoming action role-playing game developed by Game Freak and published by Nintendo and The Pokémon Company exclusive to the Nintendo Switch. This latest release from Pokémon is part of the eighth generation of the Pokémon video game series and will continue to be set in the same region as Pokémon Diamond and Pearl. Get your hands on Pokémon Legends: Arceus on Jan 28th, 2022!

If the Jan releases aren’t enough for you, 2022 is going to provide some real treats for gamers! Here are just some of the game releases set for February too: