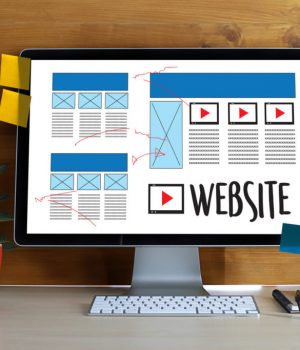 Web development is one of the best career paths to make your future brighter. However, with special backend development skills, you have a chance of getting recruited within the shortest time. Several big companies, like Apple and Google, are looking for remote backend developers. But, you must know about programming tools, algorithms, and coding languages.

What Programming Languages Should You Learn?

It is an open-source scripting language for developing dynamic sites. Presently, PHP empowers more than 75% of websites. PHP helps in gathering user information and storing it in a database.

Due to the high user-friendliness and libraries, several developers have chosen Python as the best language for web development. To become a backend developer, you need to learn about Flask and other Python web frameworks.

It is a dynamic, high-level programming language known for simplicity and productivity. The open-source framework, Ruby-on-Rails, has become highly popular. You do not need to waste time with file configuration.

The object-oriented programming language is easy to use and secure. Using Java, developers can deal with image processing, database connectivity, and networking.

The web application framework is the best option for developing mobile, cloud, web, and desktop applications. It has an MVC-based architectural pattern.

Database knowledge that you must have to become a backend developer–

A database saves the website content that you can easily adjust, arrange, and recover. The best backend developers know about DBMS technologies. You have to learn about NOSQL and SQL databases.

Skills And Knowledge Of Using APIs

API refers to different definitions and rules, and it receives a request from users to send back the response.

Backend developers must learn about APIs, as they help with data transfer. APIs are mediators between the databases and the backend. However, frontend developers also need to use APIs.

The server refers to the system receiving requests for cloud files that include CSS, HTML, and JavaScript. Moreover, servers are medium to manage some essential services. Apache, IIS servers, Microsoft IIS are some high-end servers.

Algorithms are essential for problem-solving purposes. For instance, you have to learn about algorithms, like Breadth-First Search, selection sort, and merge sort.

As a backend developer, you must know the way to-

Now, you can enrich your knowledge to become a successful backend developer. There are many remote job portals which gives information on back-end jobs according to your skills and you can take benefit from them. Your career in the backend development field will be thrilling. As you need to play a technically complicated role, you will get a lucrative salary.