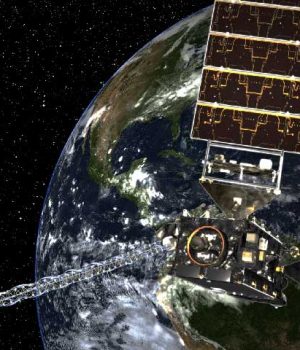 Many of us take satellite images for granted. Now that Google Earth has been around for a while, we’re all accustomed to seeing satellite images of our homes. On top of that, the ready availability means that now the media is often saturated with satellite images of the latest disasterі or eventі. But many of us don’t know how satellite cameras actually work. We’re going to examine how the Earth observation technology works and how the images get from space to your computer.

What Can Be Caught on Satellite Cameras

How powerful is a satellite camera? It depends on where it comes from. Major space institutes and governments generally have a number of satellites in orbit set to beam back photos at regular intervals. These satellites are generally the sources of the images that we see. The cameras are divided into two types: active and passive. Passive cameras make use of radiation from the sun that is reflected off the Earth. Active cameras beam their own radiation down and receive it back. Active cameras require more energy, but they’re also able to send images back at night. There are many other satellite camera types capable of detecting ultraviolet and infrared that aren’t visible to the human eye. Depending on its purpose, a satellite camera can be designed to register specific levels on the electromagnetic spectrum.

How is the Image Made

What is satellite imagery? Some satellites are designed to give a continuous feed of up-to-date images of the Earth. This means that every ten minutes or so, they’re required to take a detailed image that can be sent back. However, given how enormous the planet is, multiple images need to be taken from the satellite camera field of view in order to provide a reasonable level of detail. What happens is a number of different images are taken in the form of horizontal stripes. The satellite takes multiple images and beams them down to Earth. Next, these strips need to be rearranged so that they match up and create one cohesive image. There’s more. The cameras don’t photograph in a single color. Rather, each image registers a particular color. These color sets also need to be correctly matched up before the image is complete.

There’s more to color correction than simply matching a few different colors into a single image. Satellites register colors that are invisible to the human eye. Once these colors are added to the images, what you end up with doesn’t resemble the world we see. The colors need to be balanced in order to provide us with a realistic image. An additional issue is a fact that images of the Earth tend to come out slightly blue because of the atmosphere. Part of color correction involves analyzing images and deciding to what degree the blue should be reduced. Things closer to the camera, like clouds, will need less reduction. But things further from the camera, like a road surface, will require greater reduction.

Can you use satellite camera images to monitor heat? You certainly can. As we’ve already mentioned, one of the benefits of satellite cameras is that they are able to see colors that are invisible to us. These include infrared. Infrared is generated by heat. This means that it’s actually an incredibly valuable thing to monitor. A satellite camera can show us things like climate change, heat waves, and the warming of the oceans. All this information is crucial to us today. Climate change is becoming more real every year, with global temperatures increasing and unpredictable weather patterns emerging. Satellite images are essential if we’re going to analyze these changes and act accordingly.

Satellites use radio transmitters to broadcast data back to Earth. The process requires regular strengthening of the signal, as some of it is lost as the data passes through the satellite camera and satellite systems. Satellites are also capable of using other satellites to send a signal around the world. This means that a satellite can send pictures of the other side of the planet to a station waiting to process the images.

Satellites really are one of the wonders of modern technology. They’re probably best known in the world of media and communications, and they’re certainly crucial in these industries. But satellite cameras really are essential for the survival of our planet. They’re needed for monitoring long-term issues such as climate change. But they’re also essential for averting short-term disasters. We’re able to keep track of hurricanes and prepare for them thanks to satellite cameras. And when disaster does strike, satellites let us assess the damage and work to respond quickly. Who knows what they will be capable of in the future.