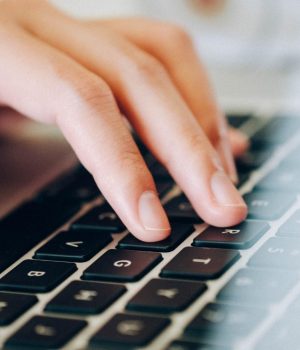 Technology moves so quickly that even if you are working in the field, it can be hard to keep up with it. Every year brings new leaps forward, pioneered by giants like Apple and Microsoft. But it was not always that way.

The technology was once a slow-moving industry even in the 90s, particularly in early computing, where smaller companies would work towards individual goals. Below, we give a brief history of personal computers, the major leaps forward that paved the way, and where we could be going next.

The first computers were mechanical machines designed by Charles Babbage in the 1800s. The machines were never actually built, but they did pave way for the idea of how data is input, stored, and output on computers. The Automatic Electrical Tabulating Machine and the Z1 were also examples of very early machines that paved the way for information processing.

The early history of electrically powered computers belonged to George Stibitz. Stibitz was responsible for inventing the Complex Number Calculator and the Model K. These computers had mechanical internals but used vacuums, relays, and electric motors to power and switch them.

In 1940, George Stibitz became the first person to send an electronic-based message. Using a teletype machine and a telephone wire, he sent numbers to his Complex Number Calculator in New York. Remote computers were used for the first time.

In this period, the second world war spurred on the need for new and innovative technologies. One such design was the Bombe, a code-cracking machine created by Alan Turing. Designed to crack codes produced by the German Enigma machine, it could find out their daily patterns and receive information on where they planned to deploy troops and arms.

After the war, another British invention brought an astounding invention to the table. Nicknamed ‘The Baby’ this computer was the first to use a Williams tube. This allowed random access memory (RAM) so computers now had back up memory.

In the fifties, computers started to become available for banking and accounting. The Lyon baking company became the first organization to use computers for day to day tasks. By 1951 there were running valuations using one.

It was in the fifties that one of the major computer brands we know today would come to the forefront, and that was IBM. Their first mainframe commercial computer was the IBM 701, and they soon followed it with a downsized version named the 650. Making computers smaller and more powerful was a trend that continues today.

To The Stars and Back

At the beginning of the sixties, John F Kennedy announced that the USA planned to put a man on the moon. A flurry of computer activity began was now in motion to achieve this goal and many advances came about. Some advances that came about during this time were the database, the graphic interface, and a mouse.

The microchip and processor changed not just computing, but the world. They made computers smaller and cheaper, which meant that individuals could own them. Computers had now infiltrated the household.

These early microprocessors used 4-bit designs, but this quickly developed into 8 bit, 16, and upwards. With this came a host of new manufacturers such as Commodore, Tandy, and the giant Apple.

In 1971, Nolan Bushnell created the Atari company. His game Pong was a tennis simulator, that used two blocks and a ball that you batted back to your opponent. Though it was primitive, it opened up the world of leisure and gaming to the computer industry.

Leisure pushed the personal computer in a whole new direction. Companies were now interested in graphics. They wanted more colors on screen and wanted faster processors.

One company that perfected the balance of being a home computer for gaming and work was Commodore. The Commodore 64 would become the single biggest selling home computer of all time.

The Eighties saw companies begin to make inroads into the idea of portable computers. Though they were a far cry from the sleek, light laptops we know today, the concept of a portable monitor, keyboard, and computer began to take shape. In 1983 the first computer to coin the phrase ‘Laptop’ was the Gavilan SC.

The decade closed with an invention from Switzerland that would change everything. The world wide web was invented in 1989 by Sir Tim Berners Lee. It launched in 1991 and would allow information to be sent instantaneously over huge distances.

The Rise of the Mobile

With the advent of the millennium, computing took a turn toward the mobile. The availability of mobile phones and computer technology saw the start of hybrids known as the smartphone. You could now fit applications and tasks that may have before been on a whole computer, into the palm of your hand.

Storage also became mobile, as hard drives became cheaper and more available. Whole libraries of music, video, and literature could be stored on small devices. Computers such as the mac could be transferred to mac cloning hard drive and massive systems could be backed up into small devices.

It seems that home computing will continue to get smaller and with it will come an integration into clothing and the physical body. Eye-tracking and open finger controlling are already far into development, and combined with virtual reality seem to offer an immersive experience that blurs the line between technology and biology.

If you enjoyed our history of personal computers then will love our daily updates on all aspects of technology and computing. Stay in touch with the cutting edge news and rumors by subscribing to our site so that you are always one step ahead of the tech curve.