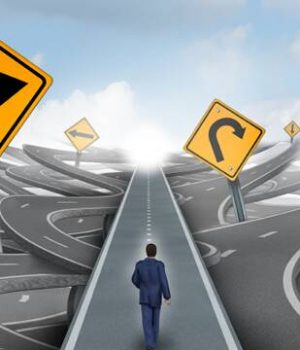 Many people think being the boss of a company would be a great role. From the outside, it often looks like they take home the biggest pay packet but do the least work. For example, it’s rare you’ll ever see the manager of a big supermarket chain stacking the shelves or working on the tills. While its true top managers are rarely seen to be getting their “hands dirty” in the traditional sense, the work they do has a huge impact on any business. Many of the decisions they make on a daily basis could alter the profit or loss of the business by thousands or even millions of dollars. So how can bosses be confident they’re making the right decision every time? Here are some of the best methods to make those big decisions.

Look at the data

Some bosses rely on a gut feeling to make their big decisions. While many could see this as brave and daring, it could equally be seen as reckless and end up costing the business a lot of money. A better way would be to seek out evidence to support the idea that the decision you’re about to make is a good one. There are many places you can look for this evidence. It could be by looking at how you’ve done in the past, how your competitors are doing, or even based on some market research. Whatever data you have, it’s important to properly analyze it to make sure you’re confident in your decision.

To make sure you can have the most up-to-date and accurate information to hand at all times, find a tool that can process that data for you. When it comes to choosing business intelligence software, there are a lot of different options. For example, you might want software that can produce regular reports based on different metrics. On the other hand, you might want a “data mining” system that actively looks for new patterns within your data set. Make sure you thoroughly read reviews, like those provided by Better Buys, for any piece of software before committing to buying it. Only then can you be sure it is suitable for your company.

Keep an eye on your rivals

Whatever industry you’re in, it’s likely that there’ll be other businesses trying to target the same customers with the same sort of products or services. It’s also highly likely that your rivals will often make different decisions from you on lots of things, including product design, marketing, or even price. Make sure you keep an eye on any changes they make and try and judge whether it was a success or not. It’s important to still make your own decisions though because if you’re constantly behind your competitors, you’ll constantly be losing out on money.

If you’re not certain about a decision, try to see if you can implement the changes on a much smaller scale first. For example, if you run a chain of restaurants, try changing the menu at one restaurant and gain feedback before changing the menu at all of your restaurants. That way if there are any problems, they won’t affect the whole business at once.