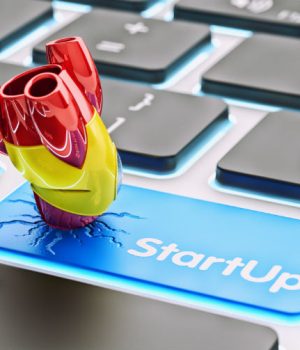 A majority of new products fail commercially. An estimate has it that around 3 in 4 consumer products fail to make $7.5 million in their first year of release.

The product fails, unsurprisingly, and is usually the result of processes that obtain in the affected companies. In this article, we examine eight of the major problems that lead to this phenomenon.

Believe it or not, ideas of what to produce come from the management or select major stakeholders in many businesses. This does not leave out some so-called Agile companies that ought to know better. Arguably, this is the first problem that splits up into several others ultimately leading to product failures.

What this leads to are products that are largely driven by executives and stakeholders, including the sales team. There is absolutely nothing wrong with these being sources of ideas. A problem only arises when they become the only sources.

One thing that may be observed in companies where ideas come from the executives is that product managers become a bit less important. They are disempowered to a degree, along with other teams. This, of course, is not helpful for getting product choices right.

The PM is brought in probably from the point of developing a roadmap for an idea they have no say about. They gather requirements and work with stakeholders to prioritize tasks. Their primary functions basically become a gathering and documenting requirements for the engineering team.

In many cases, organizations get carried away with their product roadmaps. These are somewhat reduced to long lists of prioritized features.

The reality, however, is that a significant proportion of these ideas will not see the light of day. Your company might only succeed in wasting away scarce resources working on some ideas to find that they are hard or impossible to implement.

Another thing that some companies lose sight of when roadmapping is how long it could take to perfect an idea. A product might not achieve the desired result at first release but require several iterations to attain that. The Windows Vista experience also suggests taking as much time as necessary to ensure a product is ready for the market isn’t a bad idea.

A business case is usually necessary for prioritizing, particularly when ideas require huge investments. This involves knowing both the benefits (money to be made) and the costs. The comparison of this will inform what form the roadmap would take.

A big problem here is that it is hard to tell how much it would cost to execute an idea early on. Normally, well-informed engineering teams would refrain from giving an estimate due to vagueness at the point of prioritizing. Estimates they provide may be well off the mark when pressed hard to suggest, possibly resulting in product fails.

This is more of an issue in companies where executives and stakeholders largely influence ideas. In some cases, the product that emanates from such might turn out to be what customers don’t really want. This is apparently because market justification seems somewhat like an afterthought in the process.

In an SVPG article on this topic, Marty Cagan noted that companies claiming to use Lean Startup methods are guilty of this as well. They do all the work only to find that customers do not need a product or feature. This leads to resource waste they wanted to avoid in the first place.

Segway is a classic example that typifies this lack of market. In spite of high expectations, it sold only around 24,000 units in the first five years of release. The market wasn’t that excited about it.

Some product fails to result from the need for getting used to, even though these products are useful. In essence, while customers would like to use they are turned off by inherent complexity.

In some cases, consumer or user education can help but is not provided. There can only be once outcome when users cannot make sense out of your product: failure.

7.Inefficient use of the engineering team

Ideally, engineering teams are represented on cross-functional teams that see to feature definition and strategy implementation, among other functions. This enables them to add their perspective to whatever decisions are being made.

Engineers are, however, brought in rather too late in many companies when they cannot do much to prevent product failures. Their relevance comes to the fore only when it is time to build a feature or product. This practice is tantamount to the inefficient use of one of the best sources of innovation.

When product ideas only come from the top, getting the design right can also be an issue. The user experience design team only comes in at the point where design work is needed. It essentially gets into the picture when it is rather late.

UX designers are expected to design the best user experience for an idea they contributed nothing to. Of course, they’d usually attempt to do all they can, but that won’t cover up for poor ideas and faulty roadmaps. The design will mostly only paint over the ugly parts, more or less.