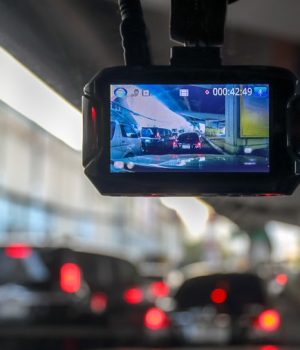 What Exactly Is A Dash Cam?

In layman’s terms, a dashcam is an image capturing device or camera. A dashboard camera for a car is small and may be mounted on the dashboard or the windscreen (behind the rearview mirror). The dashboard camera records everything in front of the vehicle. With the use of a rear-facing lens, some high-end dash cams can even capture the rearview. Installing a dashcam in your car is a quick and easy way to record your journey.

In other words, if you’re involved in an absurd occurrence, a dash cam works as a “silent witness.” The device’s small size makes it easy to fit on a dashboard, and its simple functioning mechanism makes it very easy to use. It’s like a third eye that captures everything that occurs in front of you while you drive.

The Benefits of Using a Dash Cam:

The Following Are Some Of The Advantages Of Employing A Car Dash Camera:

With it installed on your vehicle, you’ll have proof of any occurrence. Given the unpredictability of Australian roadways, having evidence of any circumstance is beneficial.

Everyone is in a rush on the road, and road rage is a typical sight in Australia. Road anger can quickly escalate into violence. You will have video evidence to confront or take some action against the offender if you use it. You can avoid avoidable road rage this way.

Aggressive/rash drivers can be found on any trip, whether it’s a short drive or a long road trip. Such drivers have the potential to harm you, their surroundings, and themselves. With a dashboard camera, you can take down the vehicle’s number plate and, if necessary, report it to the traffic police.

It’s rare to encounter a rowdy cop, but you can come across one who is seeking a fast buck. Such cops will make false accusations like running a red light, not wearing seat belts, and so on. However, if you have a dashcam on board, you will have actual proof that you did not make a mistake.

It Records Every Time You Drive:

It begins recording as long as the car’s ignition is turned on. As a result, you’ll have recordings of every drive, and if you run across any mishaps, the video evidence may come in handy for you and other road users.

Australian roads are unforgiving. You can capture fantastic and unforgettable experiences throughout your daily trips with a dashcam. Your capture can also earn you millions of views in today’s YouTube video era!

If you’re concerned about your children’s driving habits, you can use it to keep track of their driving habits. Additionally, the most recent dashboard cameras can live stream the feed to your smartphones, allowing you to assess their driving skills.

What Is The Function Of A Car Dash Cam?

On the front windshield, a dashcam is typically located just behind the inner rear view mirror. With the camera in this position, it can see what’s happening in front of it.

Whenever you switch on your vehicle’s ignition, a car recording camera automatically goes on and starts recording. As a consequence, you will never miss a recording when driving with a dashcam.

The video files are saved on an SD card and depending on the card’s size, you may need to erase the older files. Internal storage is even available in specific dashboard cameras.

The old data is automatically deleted if the dashcam includes a loop-recording feature to make room for the new ones. As a result, a dashcam is effective in its work, and you will not miss any records.

When it comes to video recording, dash cams are fitted with a wide-angle lens that covers the entire width of the road and its surroundings. So, everything is recorded, whether on the side of the road or in the middle.

Dual-lens dash cams are available, which capture the interior of the vehicle. Aside from that, the dash cameras have a GPS tracker that records the vehicle’s speed and location. If you’re in an accident, this will come in handy.