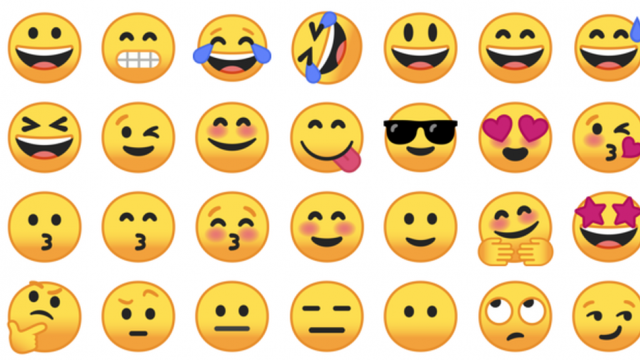 There’s no question about it. Smartphones really have taken the world over. More than half of the population has a smartphone nowadays, and emojis are a big part of them. The emoji keyboard is one of the default keyboards for newer smartphones, and every year, the emoji family seems to be getting bigger and bigger. But how can you use emojis to your advantage?

We all want to be a little bit more interesting than we truly are. There’s nothing more boring in the digital world than being basic  and most people seem to be living the basic life. That’s why if you want to have a game on your social media, in texts, and in DM’s, here are some of the emojis you can use to make you seem more interesting.

What’s more mysterious than the moon? Nothing really. You can use the moon emoji for anything that’s related to night time and night time activities. Wink. There are a lot of variations of the moon emoji, but the most basic should do just fine for general purposes. The crescent moon emoji can be used when you want to convey a night under the moon and the stars.

The full-on dark-faced moon emoji can make the meaning of “How you are doing tonight?” more intense, and you can even substitute it for staying up late. Other moon emojis can also be used to underline the fact that you may be staying up late for studies to catch up on your favorite series, etc.

The peach emoji catapulted itself to the popular lexicon as the go-to emoji for when you are implying “behind” stuff, or enamored by someone’s derriere. It’s a classic transmutation of meaning because of how the peaches look as emoji. It’s fuzzy, with a cleft in the middle, and looks like a plump rear end.

You can use the peach emoji for thirst traps, especially if you are in your bikini, and you are looking extra good. Drop a single peach emoji on your caption, and everyone will know exactly what you meant. Another connotation to the peach emoji is popularized by a scene from the movie Call Me By Your Name.

Anything black is automatically mysterious but none more so than a black heart. The series of heart emojis have taken their residence in many millennials’ most used set of emojis, and for a good reason. You can use the heart emoji for almost anything – approval, agreement, support, and even for a throwaway. But when you want to look more interesting, using the black heart emoji as your default heart emoji separates you from everyone else.

The OK hands’ emoji can be very naughty and cheeky at the same time when used properly. Most people will see it as something else, and that knowledge will serve you for when you are flirting with somebody, and you want to get it on. They won’t know exactly what hit them, and when they do, it will be a nice conversation to have!

To effectively use this emoji, you need to have the right message first. Don’t just go around throwing the OK hand emoji to anyone, lest you want to be seen as someone desperate. Instead, set the whole thing up. Start with the innocuous “How you doing,” escalate with “Maybe we could go out tonight,” then finish with the OK hand emoji. If they ask you outright what you meant, let them search it for themselves and see how they react.

This emoji is such a giveaway in its underlying meaning that anyone who thinks it’s an actual eggplant is dim. You already know what the eggplant emoji means, so the only thing that you need to be worried about is its use. Well, there is no one way to use it, if we’re going, being honest, but injecting it to random texts may be more effective than trying to be coy about it.

The two hands up emoji are not just used to convey peace and tranquility. Paired with the tongue emoji, or the peach emoji, even the eggplant emoji,  can turn into something sexual and vulgar. If that’s what you’re going for, then go ahead, be freaky. But when you’re looking to be more cheeky, use it sparingly.

Makes your chats interesting with emojis

Bring a little more pizazz to your everyday life by adding these listed emojis to your texting, posting, and DMing game. If you are at a certain age, this is especially helpful in order to keep up with your kids. Language is one of the things that’s constantly changing, and communication in this modern world has evolved significantly throughout the years. Keeping up with it is key not to feel left out!

Check my blogs other articles Technoroll

5 Ways to Undelete on an iPhone

Who are Nano Influencers – A Complete Guide