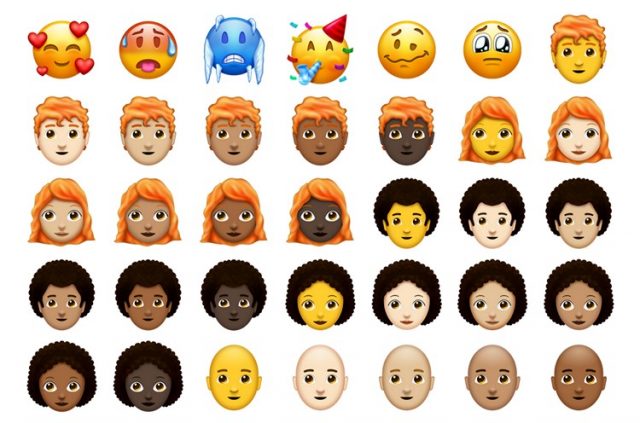 In social media accounts, including Twitter, Facebook, and even Instagram, people are fond of using different emojis to express what they actually feel without composing long passages. Today, it is prevalent to rant or express loneliness in any social media platform where users will just include two or three emoticons. These users might need someone’s help or advice from their online friends and followers.

If you notice that one of your friends is posting questionable rants or tweets that conveys loneliness with blue-expressing emojis, never hesitate to reach them out. Below are the common sad related emojis that can be your starting hint if your friend has ‘something’ with their tweet and messages.

Across social media platforms, the broken heart was ranked as 23rd. The emoji was introduced in 2010 as a big part of Unicode 6.0. In statistical data, the users’ interest in using the emoji grows over time. In 2019, the trend of using this emoji grew up to 50%, and on February 2, 2020, which is basically the month for romance and even heartbreak, the trend increases to 76%.

A broken heart emoji might be a sign of sadness and even depression. Factors like rejection, hopelessness, and failed relationships are just a few of the common reasons people send or post texts with this emoji. They wish to convey how broken they are using their social media accounts. More often, these people have an intended recipient.

Since the loudly crying emoji was introduced in 2010, the trend was immediately added to Emoji 0.6. It actually ranked as 5th in all social media platforms, including Windows, Apple, Facebook, Twitter, Samsung, Gmail, Softbank, Kiddi, and JoyPixels. Each platform has different loudly crying emoji characteristics.

People often use this emoji after some undesirable circumstances happened in their lives. They become dramatic and want to express their drama through social media. You can reach them out if they are willing to open.

After its release in 2016, the black heart emoji was immediately added to Emoji 3.0. From the name itself, the emoji has no other colors. It is a full black heart-shape that symbolizes the death of loved ones, partners, and even death for a romantic hope.

The blue heart-shaped emoji was introduced in 2010 and had no other color variations. Various platforms like Google, Apple, Windows, Twitter, Facebook, and Gmail differently present emoji characteristics. But, the color is still the same, depicting Sadness and loneliness. If you have watched Disney’s Inside Out film, you will notice how Sadness plays her character.

The crying cat-face emoji was introduced in 2010 and was wholly qualified as a big part of Unicode 6.0. Sadly, the emoji has no color variations other than Yellow. With the cat’s teary facial expression, you can directly suggest that the emoji is a symbol of Sadness, heartache, or misery. One cute thing though is the cat’s imageㅡa characteristic that makes it unique from other emojis.

This is somehow ironic, but to tell you the truth, when someone posts a picture or makes a caption with a clown face emoji, they might say something to you indirectly. A clown face can be the opposite of what they actually feel. Notice how Joker puts a happy and a clown face in front of the crowd, but deep inside, he is severely aching.

A confounded face emoji is yellow circle face emoji with a crumpled mouth and full X-shaped-irritated-eyes. The emoji is a symbol of holding someone’s frustration up and even tears. This shows the possible effect if someone deeply holds his inner sadness― it can eat you up and frustrate you.

The downcast face emoji was also introduced in 2010 and became popular since then because of its real-life presentation. The emojis are also known as “Hard work” and “Sad Sweat Face.” It is highly similar to “Sad But Relieved Face” and “Crying Face” emojis. From the emoji’s characteristics, we can directly determine that the face conveys pain and sadness, and the sweat can even symbolize someone’s frustration.

Emojis can be used to represent strong emojis

The modern internet-based conversation allows us to generate comfort in everything. The existence of emojis is one of the leading examples of how communication works in this current epoch. In just a single click away, you can express what you actually feel. In certain moments, we don’t want sadness to eat us up completely. This is one of the top compelling reasons why we regularly use various social media platforms as mediums for our feelings.

5 Ways to Undelete on an iPhone

Who are Nano Influencers – A Complete Guide