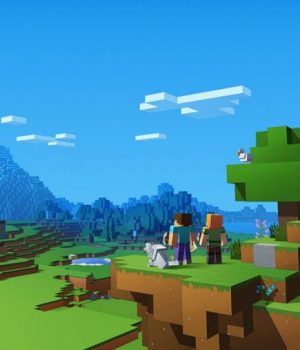 Now that we’re in quarantine, our outdoor activities are limited. Arguably, staying inside can be very boring. Most of us listen to music, watch movies, or read books to fight away the blues. However, you can do a lot more exciting things, such as playing video games. For some, multiplayer games such as DOTA 2 and Fortnite are some of the best games to play.

Minecraft is a sandbox game, which means it’s an open world. Openworld games tend to allow players to do what they want, within the limitations of the game physics. The only limit is your imagination. Minecraft players don’t necessarily follow any objective to play. Unlike other known video games,  players don’t have a princess to save or any evil boss to defeat.

Although there are achievements that you can actively pursue in the game, you can freely ignore them without consequence. In Minecraft, it’s just you, your imagination, and the vast, open world.

The main or core gameplay of Minecraft revolves around moving cubes or blocks to form structures. These blocks can be from water, trees, stone, dirt, lava, and more. You can use these blocks to create anything you want. From small houses to fortified strongholds, the only limitation here is your imagination.

What makes Minecraft more exciting is that the game allows mods. If you don’t know what mods are, then think of Counter-Strike. Originally speaking, Counter-Strike was a mod from the immensely popular Half-Life game. Mods are small or big modifications to a game that can change how you play. It makes gaming more fun and players get to have more control of their game.

In Minecraft, there are lots of mods to choose from. However, you should know how to install Minecraft mods first. The very basics start when you have the right version of the game. To enable mods, you must have the Java Edition, Java, and Forge installed on your system. Once you have these prerequisites, then you’re ready to download mods. With that said, here are some of the best mods you can play with.

Most of the time, players spend hours and hours moving around dull-looking blocks in Minecraft. Why not remove that boring experience and move around blocks that look good? With the Chisel 2 mod, you can modify how your blocks look like. The mod allows you to put in more details such as moss, grass, and other things you want.

Traveling can be fun, but if you’re walking towards greater distances, it can be a drag. Avoid the hassle and download the Simply Jetpacks mod. This mod enables you to use a jetpack to get from point a to point b. Instead of walking, why not fly and see the amazing views?

Some mods can totally alter how you play a game. In Minecraft, there is one such mod, and that is Minecraft Comes Alive. This mod places characters in the game, similar to the game Sims. You can interact with these characters, just like how you interact with them in the Sims game.

Another mod that enhances how the game looks is Optifine. This mod is for high-end computers who want to get more out of Minecraft. With this mod, you get to have more ambient effects, textures, and other features that graphically enhance the game. This mod is best used if you’re playing on larger screens to optimize the graphics of the game.

For slower PCs, don’t fret. There is a mod that will help you run the game faster. With Fastcraft, you can play Minecraft at a more acceptable pace. If you have Fastcraft installed, it can help Minecraft run smoother on your system, especially if you have a lot of mods installed.

Playing video games is a good way to pass the time during quarantine. One of the best games to play is Minecraft. With its countless mods, you’ll spend countless hours of fun traversing through Minecraft’s, vast open world.

What are Zoom Happy Hour Games?