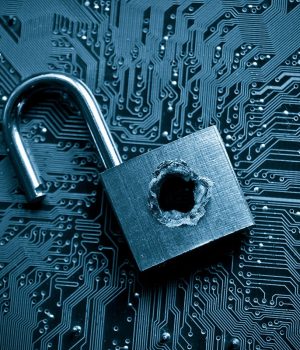 Technology is evolving at such a remarkable pace. As technological innovations continue to bring greater conveniences into people’s lives, they also help incite the exponential growth of potential threats.

And for any business, one of the most common and serious damages they can experience is a data breach.

A data breach is an unauthorized access to highly confidential and secure data and information. Stolen data can involve sensitive or proprietary information such as customers’ data, business trade secrets, or even matters of national security. And it will be always more expensive than spending on tight cybersecurity services like EC-MSP and other similar companies.

Currently, there’s an ever-increasing trend of organizations and businesses collecting an overwhelming amount of information but failing to secure them. Although some of the data they collect is non-sensitive, most are confidential and proprietary information.

However, cybercriminals can find ways to breach servers and databases to collect all those pieces of data. Some do it for profit while some do it just because they can.

Examples of The Biggest Data Breach

Data breaches have become all too common because of the rising availability of data. Because of the multitude of things one can gain when acquiring data, illegally accessing and acquiring them became lucrative practices.

And when major businesses have a security breach, it will always hit the headlines. Some of the biggest data breaches in history include the following.

Once hackers gained access to the database, they were able to view and collect unencrypted security questions and allows.

Those pieces of information allowed the hackers to have full access to all accounts that were compromised. While the breach happened in 2013, Yahoo only publicly announced it by December 2016.

In 2019, a developer working for an affiliate marketer used a crawler software that they created to harvest customer data, including mobile numbers and usernames from Taobao, the Alibaba Chinese shopping website.

Halfway in 2021, the professional networking giant LinkedIn found sensitive information and data associated with their 700 million users posted on a dark web forum.

A hacker called ‘God User’ used data-scraping techniques to exploit the site’s API before dumping the data harvested from 500 million users. Following that, the hacker sold the full database, which contained data from 700 million users.

The social media giant, Facebook, saw flaws in its internal software in 2018, which resulted in the loss of the personal data of 29 million users.

Then, in 2019, two datasets from Facebooks apps were exposed to the public online. The data includes more than 530 million Facebook users, including their account names, phone numbers, and Facebook IDs.

An adult social networking service, the Adult Friend Finder saw the loss of 20 years’ worth of user data across their 6 databases in October 2016. Due to the delicate nature of the company’s services, including adult content and casual hookups services, the data breach has been particularly damning for the victims.

The cyber thieves got their hands on 414 million accounts, which includes email addresses, names, and passwords.

The Consequences of a Data Breach To Your Business

Here’s a list of possible consequences of a data breach to your business:

Businesses will need to pay legal and regulatory fines after a breach. If a data breach involves confidential customer data such as credit card information, the company will be subjected to costly lawsuits and pay compensation sums to the victims. Then, there’s also the need to hire lawyers and attorneys to work on the case.

A company can also lose customers because of loss of trust. Although it can be challenging to calculate the company’s revenue loss, it’s to be expected that it will be astronomical. To regain the customers’ trust and protect the company from another cyber incident, a business needs to invest more in enhancing data protection and security.

The damage done to a company’s reputation after a data breach can be devastating. These studies show that at least a third of finance, healthcare, and retail customers will stop doing business with companies that have experienced a data breach.

After all, consumers are now increasingly aware of the value of their data. And if a business can’t show that they’ve taken serious steps to protect their data, customers will simply leave and go to competitors that take data security more seriously.

Also, 85% of these customers will tell others about their experience. Around 33.5% may use social media to vent their anger, which can create a huge PR problem. Such negative press coupled with the loss of consumers’ trust can cause potentially irreparable damage.

Reputational damage is long-lasting and can impact a business’ ability for acquiring future investments, new customers, and even new employees.

The aftermath of a data breach can significantly disrupt business operations. Businesses will need to contain the incident and conduct a comprehensive investigation into how the breach occurred as well as what systems and data were accessed.

In addition, operations will have to shut down completely until authorities and investigators got all the answers they need. Such a process can take days, weeks, or even months, depending on the data breach’s severity.

This can be a big knock-on effect on a business’s revenue and productivity, as well as the ability to recover faster.

Data breaches can also result in the loss of important data. Hackers can steal personal data that can be used to identify an individual and sensitive data.

However, it’s not just customer’s data that are at risk of theft. A company’s intellectual property, such as technologies, product designs, and even go-to-market strategies, are potential targets. These vital pieces of data can be then sold or exposed, and either can negatively impact how a business operates.

As you can see, a data breach is a serious problem. It can happen to any business, and its effects can be costly. Thus, it’s of paramount importance that you invest in the highest levels of cybersecurity to reduce your risks of experiencing a data breach, protect all confidential information, and keep your operations going.