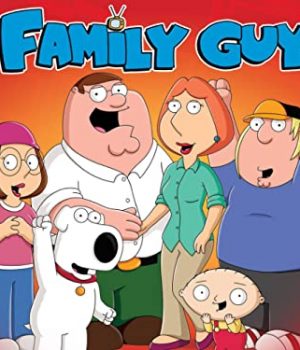 There are several ways you can watch Family Guy in the UK, some more convenient than others. You can either unblock Family Guy on Netflix (or at least part of it), or watch it on Hulu and Disney Plus using the same method. Scroll on for the details.

How to Unblock Family Guy in the UK

The easiest way to watch Family Guy in the UK (if you already have a Netflix account) is to use a VPN to switch your virtual location. Follow the link at the start of the article if you’re not sure which providers reliably work on the platform.

How can VPNs change your location, you ask? Well, your device’s IP address shows website and online services details such as your country, city, and even ZIP code (where applicable). VPNs simply mask your real IP and replace it with one depending on which region you connect to.

Since you want to watch Family Guy, you’d need to connect to a VPN server in France, Germany, Switzerland, and others. Any of the options listed at the link we’ve mentioned above works. And yes, StreamCatcher shows you which Netflix libraries have all your favorite shows. We recommend bookmarking the service if you’re ever having trouble finding the titles you’re looking for.

Back on topic, though. We should mention that only seasons 12 through 18 of Family Guy are currently on Netflix. Seasons 9 to 11 used to be available in its Canadian library but were unfortunately removed this August.

What’s the reason? Hard to say. Netflix mentions they take cost and popularity into consideration when deciding to renew the license for any show. It’s possible that not many people were watching that part of the Griffin saga. Some fans may be disappointed, but it makes sense for Netflix to cut costs where possible.

What About Hulu and Disney Plus?

Another likely reason is that Disney simply didn’t want to renew their license with Netflix. The more shows are exclusive to their two platforms (Hulu is owned by Disney), the more subscribers they can attract.

If you want the complete Family Guy experience in the UK, you can also use a VPN to unblock Hulu. Of course, you’ll need to find a way to obtain a US-based payment method for the platform. Virtual debit cards and Hulu gift cards are the best options unless you have a friend stateside who can create an account for you.

Alternatively, you could watch the show on Disney Plus. Season 19 of Family Guy is expected to release in the UK and Ireland on October 27th.

Can I Use Any VPN to Unblock Shows?

Not really. Netflix isn’t too happy about people using VPNs to bypass their geo-restrictions. Why? Well, they’re contractually obligated to enforce them by the companies they license content from. As such, many VPNs (and especially free ones) have their IP addresses blacklisted by the company.

Netflix and VPNs have been in a constant game of cat and mouse since 2015, when they first started their crusade against VPN usage. As you may know already, it’s against their terms of service to use VPNs and other unblockers.

However, there have been no reported cases of people actually getting their accounts banned for it. After all, why would Netflix want to lose paying customers? At most, they’ll block the IP address of the server you’re currently using. Simply connect to a different one in the region and you’re good to go