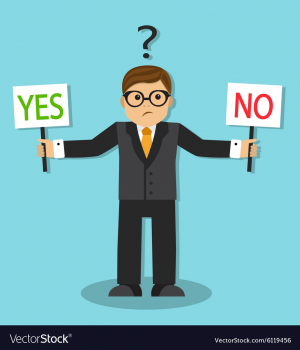 What happens when a conversation doesn’t pique your interest? As polite as you may try to be, eventually, you’ll just drift off and lose interest after a while, forgetting what you were talking about as soon as the conversation is over. Making conversation, understandably, can be difficult, especially if you’re not a social person by nature. You’re worried that you may not have anything to say, or that you may not have anything in common with the person you’re speaking to. Maybe you’re even worried that the conversation could bore the other person.

Here’s a little secret to start you off – want to know what it takes to make a conversation great? Timing.

Your timing is everything, even when it’s just small talk. Never barge into the middle of a conversation when the person you want to approach is already in the middle of a discussion with someone else, or even if they’re busy. They will be distracted, most likely annoyed at being interrupted, and they won’t be giving you their full attention. Forget any hopes of being interesting. You won’t even be able to hold a proper conversation.

Whenever you start your small talk conversation, and the other person introduces themselves to you, make a habit of repeating their names to increase your chances of remembering who they are. For example, if the person you’re talking to introduces themselves by saying, “Hello, I’m Jon,” respond with “It’s nice to meet you, Jon. I’m Jane.”

The act of immediately repeating someone’s name will help the memory stick with you. When you can recall their names, they’ll automatically warm up to you, and be more inclined to hold a conversation. Nothing is less appealing than having someone say to you, “I’m sorry, what was your name again?” This is especially after they’ve introduced themselves to you.

#Technique 2: Be open-ended with your questions

Small talk should be a two-way street, and if you keep your questions open-ended, you’re on the right track to doing just that. Ask questions that encourage the other person to open up and share more information about themselves. Steer away from questions which tend to put the conversation at a dead-end, because all you’re going to be left with is an awkward silence, wrecking your brain for what to talk about next.

Asking questions that will encourage the conversation to flow and develop naturally are among the best questions to ask when you’re talking to someone.

#Technique 3: Offer a compliment, and be genuine

Never underestimate a person’s ability to spot a fake person a mile away. While offering a compliment is a great way to break the ice and start small talk with a stranger, never offer a compliment unless it’s something genuine. Being fake will only make you appear dishonest, insincere, and like you’re trying too hard to curry favor.

Remember that old saying, “If you can’t say something nice, don’t say anything at all?” Make that your mantra when attempting to small talk with anybody. If you try to offer a compliment you don’t mean, your words may say one thing, but your body language conveys a whole different story. If you want people to view you as someone interesting enough to strike a conversation with, you need to be sincere right from the very beginning.

Small talk, like any other conversation, takes two to tango. If you start the conversation, but eventually lessen your participation and let the other person do all the talking, they will get tired of you really quickly, and move onto the next person they feel they could have a better conversation with. If you want to be interesting throughout the entire small talk process, you’re going to have to be an active participant.

Be an active participant by listening and paying attention when the other person is speaking, so you’ll be able to follow up appropriately. This helps to stimulate a healthy conversational flow, and you’ll win points with the other person because they will be eager to talk to you when they feel like they are being listened to and heard.

Dressing the part won’t only get people to notice you, but it will create an impression about you, and it will most definitely be an interesting impression. Some of them may think you look fancy, some might think you’re overdressed, some will admire your sense of fashion, while most will acknowledge that you’ve made the right effort in the event or activity you’re participating in. Whatever their perceptions may be, one thing is for sure – you’ve generated enough interest for them to turn their heads and look at you. Feel even more confident by wearing https://www.confidencebodywear.com under your suit, so your shirt falls and fits nicely on you.

The more you know about what’s going on in the world around you, the better the conversationalist you’ll be. You need to be prepared for the fact that small talk could revolve around discussions about the current events in the world, and not just confined to maybe business talk or idle chit-chat about random things. The more prepared you are, the smarter you’ll appear to be, and the more interesting you’ll become to the people with whom you’re speaking to. Make it a daily habit to check the news headlines each morning, read many books on a diverse range of subjects, and scan the Internet for the latest topics and trends. Having all that information will allow you to become a much better participant whenever you’re having small talk with just about anyone because there’s always something you’ll be able to connect to. For more informative article, Do check Technoroll

How Stress Can Impact Your Sleep: Tips On Achieving Better Sleep At Night