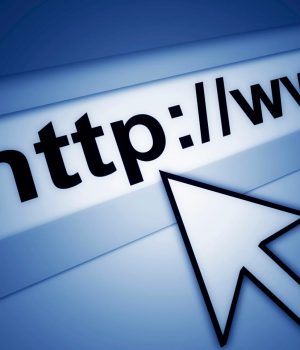 It’s hard to imagine a world without the Internet. We’re all so intimately connected across this vast digital landscape today, but this wasn’t always the case. In fact, before the Internet, people didn’t have too many methods for staying in touch aside from telephones and snail-mail.

But the Internet just didn’t appear one day either. This technology took quite a while to come about, and a few decades went by before the Internet as we know it today was presented to the world.

Some may never think that the 1980s, despite its lack of modern technology, was the first decade that saw the rise of computer connectivity, but little do many know is that we owe it all to lesser-known technologies from the past that are still around today.

Here, we’ll explore the technology that started it all and gave rise to the Internet.

In the early 1900s, Nikolai Tesla was probably the first known scientist to visualize a global network or a worldwide wireless system. But, Tesla was more interested in developing a worldwide power source that would be wireless and free for everyone to use.

It wasn’t until the 1960s that MIT’s J.C.R. Licklider gave his efforts to form an “intergalactic network of computers.” After this, came the idea of transmitting electronic data through the means of “packet switching.”

Once this technology became applicable, the United States Military quickly grabbed the idea and developed ARPANET, or the Advanced Research Projects Agency Network. In 1969, ARPANET went online and delivered the first node-to-node message from one computer at UCLA to another at Stanford.

In 1969, both of the computers used in the first ARPANET message were the size of small homes. And, the sending of the message crashed the entire system. In fact, the computer at Stanford only received the first two letters of the transmission.

Think of Usenet as an online bulletin board or forum that started back in the late 70s. It’s quite different from digital networking as we know it today but it’s the prototype that chatrooms, sharing information and files, and social networking is based on.

In 1979, two grad students at Duke University named Tom Truscott and Jim Ellis sent files to a colleague of theirs at the University of North Carolina at Chapel Hill. The duo used two Unix to Unix proxy servers to deliver the message, and thus Usenet was born.

Usenet still exists today, though it is its own separate entity apart from the Internet. You, of course, can access Usenet through the Internet but for a better Usenet experience, you’ll want to subscribe to a Usenet provider.

The Internet’s official birthday was January 1st, 1983 when ARPANET began using a TCP/IP (Internet protocol) and made this tech available for public use.

All in all, Usenet, despite ARPANET being its predecessor, changed the way people communicated during the 1980s. It was during this decade that we saw the most advancement in computer technology that included the development of DOS technology, IBM computers, Apple, Macintosh, and Windows.

But, it was Usenet that started the massive interest in chatrooms in the early ’90s. Prior to 1993, Usenet was used largely by academics and computer enthusiasts to share information back and forth, as well as to play games and chat.

As we’ve seen, the Internet has gone through several stages of evolution. And if history teaches us anything, the Internet will continue to go through even more developments as humans add and develop more advanced technologies.