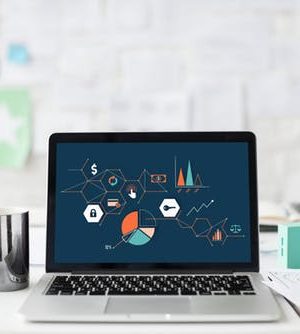 Here is the comprehensive list of some of the most popular online python compilers along with their attributes and details to choose the best one!

We have compiled a list of the top 13 code Interpreters for Python developers. These online code compilers are best equipped to not only interpret but also beautify your codes.

Find the list of our top 13 choices below. It is worth noting that all of our top choices definitely have some pros and cons.

That does not deter us from using them so read along the list and take your own pick.

This online code compiler is arguably one of the best available out there in the online market. This compiling engine can save the keystrokes while you are programming. This run a very efficient and deep learning model while you type on your computer.

It’s efficient at completing all lines and it offers a brilliant feature known as “intelligent snippets” that help fill in arguments and defines the variables you’ve defined earlier.

Next on our list is Vim. It is a lightweight editor, the best part about this compiler is that it can basically work on any operating system.

Vim is efficient in running solely on a command line. With Vim you can get some of the most important features like keyboard shortcuts and unlimited customization.

For our third pick, we present to you Atom. This is a modern and sleek lightweight editor which is the tool of choice of many python developers.

Atom was programmed by Github and it consists of several features which allow the addition of plugins. This compiler is completely free and setting this up for usage is extremely easy and efficient.

Now we have the first compiler on our list that has been designed by Microsoft. Being associated with the company this IDE is constantly being updated with newer features.

The VS code offers an in-built debugger. This compiler is known to run relatively slower than the rest and in comparison, it is a lightweight IDE.

A massive advantage of using the VS Code is the built-in compiler and interpreter. It is compatible with every single coding language.

The sublime text is ideal for smaller projects and programming since this is an efficient and lightweight editor.

Its UI is pretty simple and intuitive which makes it easier to use than the other compilers on the list. Since this compiler is extremely lightweight, it is highly unlikely to run into issues or slow down for that matter.

To make the most of this compiler you have to install the feature known as “package control” which allows the plugins to download.

With easy access for installing plugins and other modules, Pycharm can be considered one of the top compilers that is available globally.

This compiler is a more upgraded version of Spider which we have discussed down below. The basic features such as debugging and installing plugins are supported efficiently in this IDE.

If you have been coding with Python for a while you will definitely find it easier to adapt to the features of Anaconda.

This compiler is also preferred by many python developers and those who are already familiar with Anaconda might have already tested out this IDE too. Spider is one of the best compilers that are available out there for use on low-performance PCs.

One of the best features of this compiler is the “variable explorer”, this feature is the best tool for a beginner who is not fully accustomed to debugging on his own.

The languages such as julia, ju, py and arr were initially incorporated into this compiler. This was only during the beginning stages of Jupiter.

Now you can find a variety of languages that you can use in this compiler. If you are studying machine learning and you would like to compile codes by studying each syntax on its own then Jupiter is the best compiler for you.

The features of Jupiter labs are extremely similar to Pycharm. This is a web-based developer which requires the use of an efficient server.

It is suggested that you buy an online server with a subscription model so that you will be able to run Jupiter labs.

The best feature of Jupiter labs is that it allows you to collaborate with other developers. How this works is that they can also give their input in writing the programs.

The IdeOne compiler is not only suitable for Python but it also supports other programming languages as well.

Since this is an online compiler it is completely free of cost and you would not have to pinch your budget to buy expensive servers for this one.

This compiler offers a practice and learning module as well. If you are a beginner at coding you can definitely check this out.

The intuitive features of this compiler is explainable and, it also allows you to compete with other developers in a healthy competition to learn and grow.

Finally, we have Jdoodle. This is also an online compiler that can be used completely free of cost.

Along with supporting important coding features you can also take advantage of the courses and assignments that are available in this compiler.

Since we have discussed that this list will consist of an online JavaScript compiler along with online python compilers, many of the IDEs that we have mentioned in this blog support a plethora of coding languages.

These are not arranged in a specific order from best to worst, so you can take a pick from any of these and work with what suits you the best.

How Technology is Changing Transportation