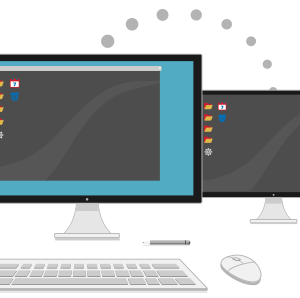 Following are the Top 10 Programming Languages of the Future

Python is an easy to learn, object-oriented, and versatile language. Like JavaScript, the numerous libraries available in Python make it future ready. It is the first choice of most programmers who want to work on Machine Learning and Artificial Intelligence. It is even used for frontend and backend development, web automation, computer vision, and code testing. With the increase in requirement and demand for Data Science and Artificial Intelligence, Python is here to stay for the upcoming years.

Java is widely used for the development of client-side applications. Even though it seems like Java is losing its charm, surveys show that Java is still one of the industry’s most widely used languages. Java is used to develop web applications, mobile applications, games, Artificial intelligence, cloud applications, etc. The good thing about Java is that once a Java code is compiled, it can be executed on different platforms (that support Java) without the requirement of recompilation.

C# (C-sharp) is popularly used for the development of games and Windows applications. It is a statically typed, object-oriented language based on the .NET framework. Some of the critical features of C# are – it is fast, scalable, component-oriented, and offers type safety. It has ranked in the top 10 most popular languages almost every year. There are numerous opportunities for C# developers in multiple countries.

Kotlin is the official language for Android Development. More than 60% of the android developers use Kotlin. It is a statically typed language that supports object-oriented programming and functional programming. It is backwards-compatible with Java and supports all libraries in Java. The code written in Kotlin is more concise and readable compared to Java. This is why it has gained a lot of popularity and has become one of the fastest growing languages. Apart from Android development, we can even use it to develop desktop apps and websites.

Apple developed swift in 2014. It is primarily used to build iOS, macOS, and watchOS applications. The development of both client-side and server-side programs can be done using Swift. Swift was created as an upgrade to Objective-C. It is faster than Objective-C, easy to learn, and offers a type interface. It even lets you view the program’s results in real-time. Swift was a part of Stack Overflow’s top 10 most loved programming languages list in 2021.

Both C and C++ are mid-level programming languages. It means that they have the features of both low-level and high-level languages. Because of the low-level features, both these languages are very fast. C is majorly used in the development of operating systems, kernels, and embedded systems. It is the foundation of many programming languages like Ruby and Python. On the other hand, C++ is a superset of C that adds Object Oriented Programming to C. C++ is majorly used for GUI development, game development and desktop applications.

Rust was developed by Mozilla in 2006. According to the Stack Overflow Developer Survey, Rust has been the most loved language for the last 6 years. It has even been one of the highest-paying languages all over the world. Rust is a compiled, low-level systems language. Rust is the most loved language because it solves the problems of C and C++: concurrent programming and memory errors. Rust allows us to control the hardware while providing a high level of security.

Launched by Google in 2009, Go (or Golang) has swiftly gained popularity over the years. According to Stack Overflow Developer Survey 2021, Go has become more popular than Kotlin, Swift, and Rust and is even the 10th most loved programming language. The speed and simplicity offered by Go have made the language popular. Go is majorly used to create systems-level software but can also be used for cloud computing and backend development. It provides features like type safety, garbage collection, and more.

Apart from the above 10 languages, some more languages deserve your attention. These are:

There are many programming languages accessible today, but the above languages are the most sought-after ones that you must learn to upgrade your skill set, since they are used in a majority of enterprises throughout the world.

If you’re interested to learn more about full-stack development, check out Board Infinity’s  Full-stack Development Course with Placement, which is designed for both students and working professionals. You’ll become an expert at the front-end and back-end JavaScript technologies of the most popular MERN Stack(MongoDB, Express, React, and Node.js). Learn to build responsive web applications using both front-end and back-end technologies and become an expert Full-Stack Web Developer