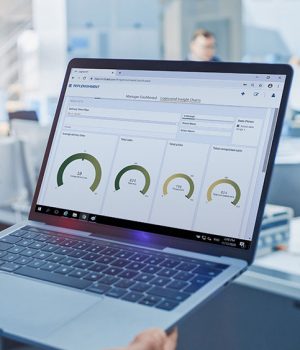 The global manufacturing industry is growing faster than normal. The market size is projected to be worth over $117 billion in the next four years.

Accelerated market growth is not the only change on the precipice. Manufacturers around the world are discovering a number of new trends transforming their profession. According to experts from the Machinery Network, these changes are going to be tremendously influential in the months to come.

Here are some of the most impactful changes facing the global manufacturing industry.

Artificial intelligence is the language of robotics. AI and robots are twin pillars in the evolution of modern manufacturing.

Technology experts have emphasized the importance of robotics in manufacturing for literally decades. However, robots are only starting to finally become a mainstream aspect of manufacturing facilities in various countries.

According to the International Federation of Robotics, there were 2.7 million robots in industrial facilities around the world last September. This was a 12% increase from the previous year.

There are a number of reasons that robots have become so important in the manufacturing industry. They offer the following benefits:

Robots have always been incredibly useful for manufacturing companies. However, they are becoming even more valuable as new advances in machine learning make them more effective than ever.

Artificial intelligence technology has helped robots improve their precision, reduce mistakes and operate more safely. It is not just going to streamline operations and improve production. It could also help factories maintain better compliant standards by reducing the number of infractions that could lead to regulatory sanctions.

Health and safety concerns have always been important in the manufacturing sector. Unfortunately, too many manufacturing facilities neglected to take them seriously enough.

The COVID-19 crisis has illustrated the importance of ensuring health and safety standards are adequately met. A number of manufacturing facilities that failed to implement proper social distancing and safety guidelines ended up getting sued for not ensuring their employees were safe in the heat of the pandemic. One of the most famous cases was with Tyson Foods in November, when employees filed a lawsuit alleging that their employer expected them to get sick and took almost no precautions to prevent it.

Of course, COVID-19 is not the only health and safety issue that manufacturing operators have to be concerned about. They must take all kinds of other steps to mitigate the risk of injuries, accidents and other health problems.

The pandemic has been a catalyst that sparked attention to the overlooked safety issues in many manufacturing centers. There is a growing focus on resolving many of these concerns.

One recent study discovered that over 30% of all modern manufacturing processes involve the use of smart devices. Also, over 30% of manufacturers intend to use IOT technology and their processes and even embed it in their final products.

There are a variety of reasons that IOT technology is becoming more essential to manufacturers. The biggest benefit is that makes it easier to monitor processes and ensure metrics are within normal limits. Another big benefit of IOT technology is that it allows for remote monitoring. Supervisors don’t have to be directly on site to make sure processes are being conducted appropriately. Finally, IOT technology has opened the door for predictive analytics. This makes it a lot easier for manufacturers to evolve with new trends.

In the past, most manufacturers relied on a small number of suppliers in any given market. Suppliers often had an oligopoly, which meant that goods needed to be transported from select few supply destinations scattered throughout the country or around the world. This obviously created a ton of challenges, such as forcing manufacturers to wait a while to get their supplies and dealing with a higher carbon footprint as a result of transportation.

This has changed in recent years as manufacturers rely more on local suppliers. The focus on localized economies has been very successful. This has helped manufacturers become more responsive and implement just in time inventory strategies more easily. They can have a smaller carbon footprint and also use smaller factories as well.