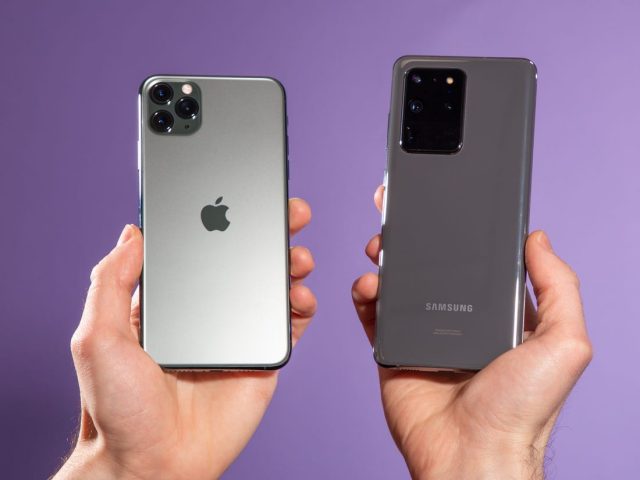 With the iPhone 14 Series just announced in September, you might be wondering if you should upgrade from your current iPhone.

Honestly, some of the most recent iPhone models are just as good as the iPhone 14 and don’t give cause to upgrade, at least not yet. Since Apple has a massive support system in place for new and old iPhone models alike, you may or may not want to update. We will take a look back at slightly newer iPhone models: the iPhone 11, 12, and 13 then talk about which ones deserve the upgrade and which are worth keeping for the time being.

The iPhone 14 and iPhone 14 Pro Specs and Features

The standard operating system is iOS 16. If you decide to upgrade, you might consider investing in an iPhone 14 case to keep all its awesome features protected and functional. Apple has already released the specs for the iPhone 14 and 14 Pro, so here is how they stack up:

On both models, you get features such as the Super Retina XDR display, 6.1 inch (diagonal) all‑screen OLED display, Haptic Touch, True Tone, wide color (P3), fingerprint-resistant oleophobic coating, and an HDR display. Additionally, there is a 2,000,000:1 contrast ratio (typical) and support for the simultaneous display of multiple languages and characters.

The splash, water, and dust resistance rating is IP68. It still cannot hurt to invest in a liquid screen protector just for an extra layer of protection against damage.

Face ID and Apple Pay are all compatible. For safety, you get crash detection and emergency SOS via satellite.

iPhone 14 vs. iPhones Older Than the iPhone 11

Now that we got the specs out of the way, we can talk about how the iPhone 14 compares to older iPhones. When it comes to anything older than the iPhone 11, you should definitely upgrade to the iPhone 14.

You’ll notice a huge boost in performance, cameras, features, and battery life. Plus, if you are on the iPhone 7 or older, Apple doesn’t support those iOS versions with crucial security updates.

Of course, if your older iPhone is still working in a way you feel is optimal, you shouldn’t feel pressured to upgrade. But it is something to keep in mind.

If you have the iPhone 13, you might want to skip upgrading to iPhone 14, but upgrading to the iPhone 14 Pro might not be a bad idea. The standard iPhone 14 and iPhone 13 run on the same processor, and the differences in cameras are minimal. Plus, neither one supports ProMotion.

The iPhone 14 Pro does have a bigger screen and better battery life, which might make it worth the cost for you.

Let’s say you have the iPhone 13 Pro. Should you upgrade to the iPhone 14 Pro? Perhaps. The iPhone 14 Pro has a new 48-megapixel primary camera, which is upgraded from the 12-MP version in previous iterations. Even the sensor is bigger, which means you get more light and better photo clarity.

Using the iPhone 12? Don’t upgrade it unless you jump to the iPhone 14 Pro. You’ll get a much bigger screen and better battery life. But if money is tight for you, it is worth passing over entirely.

The iPhone 11 might feel a bit dated even though it isn’t really that old. But unless there is something truly wrong with your iPhone 11, there isn’t much reason to upgrade. But upgrading to the iPhone 14 Plus is a good idea. You get a bigger screen but won’t pay as much as you would for the iPhone 14 Pro.

Again, you can probably justify upgrading from the iPhone 11 Pro, but it isn’t that massive of an upgrade. The performance on the iPhone 14 Pro is better as are the cameras. Still, the iPhone 11 Pro is a great phone that, having come out in 2019, isn’t all that old.

Should You Wait For the iPhone 15?

The iPhone 15 series will be released in the fall of 2023, so you will be waiting a while. Some Apple insiders indicate that the iPhone 15 will mark some serious upgrades, not just minor tweaks.

While the iPhone 14 series seems like it has some good upgrades, it might be worth waiting another year for the iPhone 15.

How to Optimize Your Holiday eCommerce Website For More Conversions

How To Increase User Retention in Your App