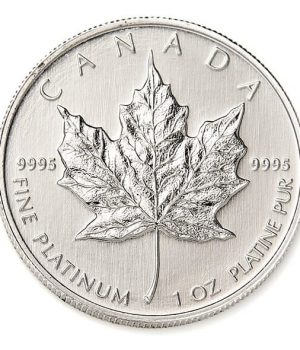 Precious metal-backed crypto has been garnering substantial attention over the years, and as such, many are looking to invest in them. Naturally, the first ones they will flock to are pegged to gold and silver as they are the two big names in valuable metals. However, one that often gets overlooked is platinum.

The leading platinum-backed crypto is Platinum Coin. Unless you are a staunch platinum supporter, this wouldn’t be the first stablecoin to come to mind when thinking about what to invest in. Why buy platinum when gold and silver are right there? Well, 2021 may prove to be an advantageous year for Platinum Coin investors.

What Is Platinum Coin?

Platinum Coin is a stablecoin that is pegged to the value of platinum. Established in 2010, it is an ERC-20 cryptocurrency created on the Ethereum network. Users can quickly and easily buy platinum in an anonymous manner that is safe and secure. Moreover, it provides freedom and economic control.

The team behind Platinum Coin believes in the idea of sound money. This passion has resulted in creating a financial asset that grants everyone access to free and authentic money that comes in the form of digital platinum. Their main goal is to develop a highly accessible, liquid, and easy-to-use, platinum-backed digital asset. One that will give the investor direct exposure to physical platinum while at the same time providing the flexibility associated with frictionless money.

What typically propels the price of precious metal is supply and demand. Though it is exceptionally high in value, platinum can act as a store of value in a similar manner. This means that it is much more exposed to the laws of supply and demand. Many investors have their attention set on platinum due to its liquidity advantage, and nowhere is this demand more evident than in the car industry.

The auto sector — the main driving force behind platinum demand — frequently utilizes platinum for light-duty diesel vehicle production. Moreover, it is a key ingredient in the construction of catalytic converters. These are tools that help reduce vehicle emissions all over the world. This means that platinum’s price can largely move concurrently with the auto industry’s demand for new vehicles.

Generally speaking, these metals are comparatively more niche than gold and silver. Because of this, predicting their supply and demand can be rather challenging. Nevertheless, industry analysts believe that the industrial demand for platinum is high and will continue to rise. In fact, experts speculate that an oversupply of platinum — roughly 670,000 oz. — may keep the price of palladium considerably higher than platinum this year.

Rohit Savant, the vice president of research at CPM Group, states that a key factor expected to help platinum is the sufficient liquidity courtesy of accommodative monetary and fiscal policy during developing economic conditions. Moreover, the fact that they are industrial precious metals means that they should have a lot to gain from this environment.

The precious metals’ fundamentals show potential, though platinum appears set to perform a little better. Palladium and platinum are expected to rise this year, but the latter will likely outperform the former. The price-performance of platinum may lag only behind silver when it comes to exchange-traded precious metals.

Platinum will also thrive after the demise of the internal combustion engine. This is because the fuel cells use platinum as a catalyst to accelerate the hydrogen and oxygen reaction that in turn releases the energy and creates the water. Another demand catalyst for prices might be the continual substitution of palladium with platinum in the production of catalytic converters. Likewise, increased sales in vehicles that use gasoline instead of diesel.

Savant remarks that platinum prices are at a discount to palladium. It is even relative to its own price level. The prices of platinum are at multi-year lows despite recent gains. This undervalued status and improvements made to medium-term and long-term fundamentals for platinum could help strengthen platinum’s performance in 2021.

Because Platinum Coin is pegged to the physical metal, the stablecoin will thrive alongside it. The demand from the auto industry coupled with the projections of a better return in numbers than last year means that 2021 could be a great year for platinum and, by extension, Platinum Coin.