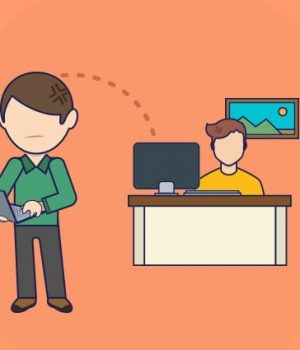 England has entered its second period of national lockdown, following an announcement from the Prime Minister in late October. Citizens have been instructed to stay at home and avoid contacting people that they do not live with, unless for specific purposes. Certain sorts of public-facing business – such as gyms, pubs, and hairdressers, have also been forced to close. Others have been encouraged to continue working-from-home practices.

The new measures are set to continue until December 2nd, at which point they will be reviewed. The best hope is that this will mean a return to the previous three-tier system. If the R0 value hasn’t retreated significantly, however, it’s likely that the lockdown will remain in place into December (and perhaps longer).

All of this has significant implications for the world of work. Telecommuting is something that businesses across the country have come to rely on – indeed, without it, lockdown might not have been economically feasible. The practice confers several benefits that go beyond the business, and which benefit the wider economy and environment.

Sending data between two remote locations presents an inherent security risk. What if a third party were to intercept the data, or use it to introduce malware into a system? Threats of this sort can be guarded against through the right antivirus software and security practices. But measures of this sort are effective only when implemented properly – and if masses of new workers are having to connect in this way, it’s inevitable that security vulnerabilities will show up. This has lead to a surge in businesses taking out so-called ‘cyber insurance’ – a specific kind of insurance product designed to cover a business against data loss and other risks of this type.

Flight from the cities

City workers, up until very recently, haven’t had much of a choice about where they live. If you need to get to the center of London by 9 am, then living much outside the M25 might not be practical. The rise of home-working might dampen that incentive. If you only need to commute once a week, or less, then it makes sense to relocate to outside the city centre. This would allow for more affordable housing, greater space, and more green and pleasant surroundings. It would also lessen rent in city centers, making life there more affordable for people who really do need to be in the city.

It’s difficult to draw broad conclusions about the productivity of home-workers. Much depends on personality: some might find it easier to concentrate in a home environment, others might require the structure of a day in the office. What’s clear is that home-workers have a greater responsibility to monitor and manage their own workspaces.

Technoroll is a technology and business blog that covers all types of articles related to tech, business, digital marketing, reviews and etc.