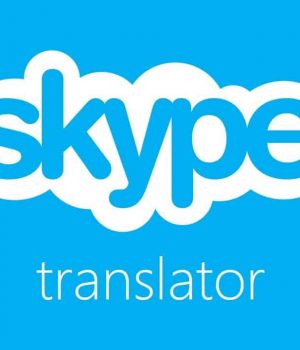 Skype Translator: Due to the Internet, the world has come to a lot closer. People from all around the world know each other. Thus, people make use of Skype, which is an application that is used for video chats via computers or other devices. Skype is compatible with various operating systems such as Windows, macOS, Linux, Android, iOS, Windows Phone, HoloLens, and Xbox One. One major difficulty faced by people while talking to people via Skype is their language. People from different countries might not understand each other’s language.

Also, it is not possible for a person to know all the languages spoken all around the world. Thus, instead of hiring a translator, you can make use of Skype Translator which is a speech to speech translation application. It was developed in the year 2011 and was made public in the year 2014.

Also Read: How to Remove iCloud Activation Lock from iOS

Some of the features of Skype Translator are

2. On-Screen Text Transcripts- An addition to the Skype Translator, users are also provided with on-screen text transcripts that display the spoken phrases in their primary language along with the translation.

3. Real-time Translation- Skype Translator makes use of Microsoft Translator’s statistical machine translation technology. Using this feature, the speech is translated from one language to the other in no time and appears to be in real-time.

Also Read: How to Download Paid Documents from Scribd?

1. Windows, Mac, and Linux: Launch Skype on your device and right-click on your contact. Now, click on view profile and click the name of the person you are talking to, at the top. Click on Start translator to create a new translated chat.

2. Windows 10: All the Windows 10 users can make use of this method. Right-click on your contact and go to your chat with them and click their name at the top. Click Start translator. A new translated chat will be created.

3. Smartphones: Launch Skype app and in the chats screen, tap and hold on your contact. Now, go to your chat with them and tap on their name at the top and tap on Start translator.

Skype Translator can prove to be a useful feature for those people who need to interact with people from various countries and speaking different languages. Setting the Skype Translator is quite simple! Also, it supports most of the widely used languages around the world. The list of all the supported languages is listed above. You can try it out for yourself and will not be disappointed by it!

If you have any queries regarding Skype Translator, then please let us know about it in the comments section below.

3 Steps to Take to Reach Your Target Audience

How to Put Songs Onto iPod & Improve Time Management