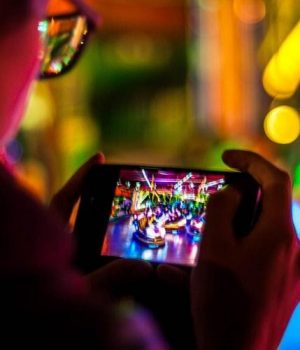 Summer is always the most exciting and anticipated time of the year and most people have different reasons for being excited about summer. For most people, it means that they can finally do away with bulky winter clothing and slip on something light and casual. Other people are just waiting to hit the beach and splash in the cool blue water. However, tech enthusiasts are always excited about the vast number of apps that are about to be released in the summer!

If you are an Android user, you would be delighted to know that the popular operating system has many amazing apps coming to the Google Play Store in summer 2021, which means that you’ll have an excellent time engrossed in your smartphone.

So, let us look at some of the best and most exciting apps coming to Android this summer.

Runescape is one of the oldest and most popular MMO game franchises in the world and so far, people could only play it on their PCs or web browsers. Earlier this year, the game’s developer, Jagex, announced that Runescape will be releasing on Android and iOS platforms by the summer, and this will be the full version of the game.

Earlier, Jagex had released beta versions of their game on mobile platforms, but it wasn’t as well received. However, Runescape for Android will take the mobile gaming fraternity by storm, as people will finally be able to play their favorite childhood or teen game on their smartphones. You can also pre-register yourself on the website to earn early rewards, such as armor accessories, hairstyles, weapons, and much more.

The clubhouse is a voice-based social networking app that made waves when it was released on the iOS platform last year, and Android fans also wanted a piece of the action, which is why its developers decided to release the app for the mobile platform this summer. The beta version was tested by developers earlier this month, and they are all set to launch Clubhouse for Android.

Undoubtedly, users will instantly rush to the Google Play Store to try out the new and exciting concept introduced by Clubhouse, and they will also be able to join their iPhone brandishing friends in communicating through their voice, not in the way they normally do over calls. Through Clubhouse, you will be able to communicate and connect with people all over the world.

The National Park Service app is all set to release on Android this summer. Officially developed by the US National Park Service, the app will serve as a guide to the hundreds of national parks spread across the 50 states. It will be a wonderful resource for people who love to explore the national parks present in the US, as well as tourists who are planning to visit the country any time soon.

Through the National Park Service app, you will have access to maps, which will provide you with complete routes and paths for navigation, as well as information regarding accommodation, restrooms, stops, shops, visitor centers, and much more. It is an all-in-one resource designed to help people make the most out of the national parks.

Glitch Lab is another exciting Android app that will make its way to the Play Store soon. Basically, it is a robust and interactive photo editing app that offers you hundreds of digital glitch effects. It will allow you to manipulate your photos in different ways. Not only can you add a glitch or retro touch to your photos, but you will also be able to customize them differently so that they don’t look the same as your friends’ photo effects.

You will be able to enjoy many amazing features in the free version of Glitch Lab but if you want, even more, you can buy its pro version that will bring you more effects and also enhance the photo quality. If you take a lot of selfies, this app is a must-have for you.

If you are looking for a Symbian emulator on the Play Store that allows you to relive the old days of Symbian phones, there are very few apps that allow you to do so. More so, the apps that are present have a lot of glitches and limited functionality, but here comes an app that will deliver the full Symbian experience for your smartphone.

EKA2L1 is a recently released app by Play Software, and it is designed to support different versions of Symbian, such as S60v1, S60v3, and also S60v5. It will be able to emulate lots of old applications and also display older interfaces, particularly from the old N-Gage console. Moreover, you will be able to play your favorite games on it by mapping the controls to your smartphone buttons, and it also provides you with a frame rate adjustment.

Looking for a video editor that enhances your videos and makes them look more professional and Instagram-ready? All you need to do is try out Splice, which is the hottest new Android app this summer. It brings you an intuitive user experience with professional-level video editing tools that are much better than others. Moreover, there is also a huge library of music tracks and samples that you can import into your video to take it to the next level.

Another amazing feature of Splice is its ability to speed up or slow down videos with its Speed Ramp feature, which adds more finesse to your video. If you are looking to drive up your engagement on Facebook or Instagram, Splice is what you need to make your videos look more appealing.

Last but not least, Skoove for Android will also be making its way to your smartphones this summer, which means that you will be able to learn how to play the piano while sitting in the comfort of your home, without the need for an instructor. The Skoove iOS app was highly successful and popular among people looking to learn the piano on their own, and things will be the same for Android users.

This brings us to the end of our list of the most exciting apps coming to Android this summer. There are hundreds of amazing apps that are about to make their way to your smartphones, meaning that you will have a summer full of fun games, mesmerizing photo and videography, seamless tasks and to-do lists, and much more.