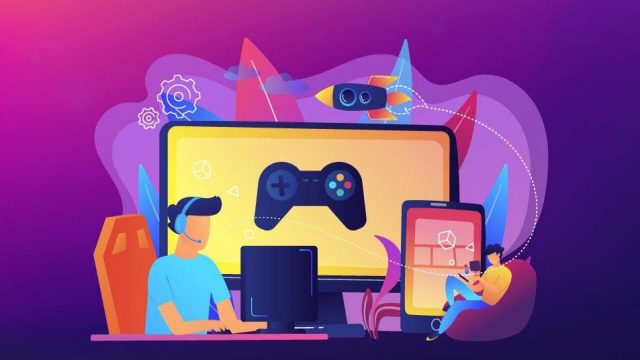 Website and application testing have always been essential to the overall development process. The testing procedure involves finding and fixing bugs, and it varies from identifying navigation glitches, transaction processing breaks, issues with signup forms, or a minor font size difference. However, testing helps ensure that a change does not break the user experience across several target devices.

There are two types of devices used for mobile testing:

This blog discusses emulators vs. simulators and distinguishes them from real devices.

What are Real Devices?

Real devices are the actual handsets that the end user would use. These models of mobile phones are used to run applications and websites to test their functioning and behavioral pattern.

However, building an infrastructure for real device testing can become cumbersome. This is due to the complications in acquiring handsets of variable specifications and building an ecosystem to run tests on them.

Nonetheless, this is considered priceless as it provides the dev team invaluable real-time insight into what a customer will experience, thereby helping them achieve high levels of consumer satisfaction.

What are virtual devices?

Unlike an actual device that provides simulation for the essential features, a virtual testing device is a software program on the computer.

It imitates the nature of the smartphone, which helps the testers run software applications smoothly and get an idea about how it would perform on the designated device.

There are two variants of virtual testing devices :

ISA is the set of instructions in Machine Language by the processor families, which is used to build device configuration depicting the behavior and functionality of the device.

Android and Galaxy emulators are some examples.

A simulator helps specific programs run on the computer smoothly. The programs are built for different operating systems. Usually, they are meant for iPhone and iPad devices, not android devices that can be emulated easily.

The iOS simulators imitate iOS and run the necessary applications/websites inside it by sitting on top of the computer’s OS. To run the iOS simulator, one needs to work on macOS because it requires Apple’s native Cocoa API, which is vital for running GUI and other operations.

However, this poses a problem. Developers have to either virtualize macOS on their existing systems or work on the MacBook.

Besides, simulators do not mimic hardware. Thus one cannot analyze certain functionalities like cellular interrupts and battery usage while using simulators for testing.

Emulators vs. Simulators: The Differences

Although both emulators and simulators are considered virtual devices, they have stark differences.

Advantages of testing on emulators and simulators

There are certain situations where the timeline is limited, and purchasing the actual device may not be possible. In those circumstances, emulator/simulator-based testing may prove to be useful.

Disadvantages of testing on emulators and simulators

Usually, the testers prefer to be flexible with the various types of mobile app testing strategies for every application that is being developed and needs to be tested.

Undoubtedly, virtual devices offer a better debugging facility and are mostly preferred during the initial stages of applications or code development. This testing method is best suited to make the development cycle faster and more efficient, with recurring iterations required in the initial stages.

On the other hand, user acceptance and sanity testing can be done better with the help of real devices. Although the parts of regression testing could be done using virtual devices after a certain point, it might result in unsatisfactory results.

One does not have to bother about frequently changing settings with virtual testing. And for that sole purpose, numerous developers prefer virtual devices to get done with basic sanity testing. Moreover, the speed and frequency of testing play a significant role, based on which the tester opts for the ideal technique.

While virtual devices can’t accurately detect performance defects, they can be easily identified with the help of real devices. However, not everyone can afford the cost and logistics involved in purchasing and managing real devices.

The ultimate goal is to ensure that more people are using the application, which is essential for building a user-friendly, high-performing app. And to provide the best, one must choose the right tool based on the customer demands, business needs, and risk management aspects.

Each organization needs to analyze and strategize carefully to determine at which stage it is best to introduce real devices. Besides that, the enterprise also needs to decide the number of sufficient devices to cover customer needs and the best possible option to adopt for managing those devices.

Both real and virtual devices have advantages and disadvantages in their functionality. And to lessen the drawbacks and make the most out of the benefits, it is essential to understand and adopt the best possible testing strategies.

However, opting for a real device cloud for testing applications can provide the best of both worlds. This cloud-based application lets dev and testing teams connect multiple targeted devices and test their functionality irrespective of location. It is also a brilliant method to test applications manually or automate the application functionality on a large scale.

Real device cloud is the appropriate solution for testers to find bugs and for developers to fix bugs effortlessly without overspending resources. Moreover, it is an excellent choice for developers of agile companies.

Thorough contemplation of both the pros and cons of virtual and real devices would be valuable to conclude the optimal mobile testing devices for your project or company. That way, you do not have to rely entirely on real or virtual machines but instead can opt for a better yet efficient method, that is, an optimum of both.

Considering the remarkable role that mobile applications play in day-to-day life, it requires much testing to make them work in a certain way. Testing via virtual and real-world devices is essential to maintain unbeatable standards and quality assurance.

How do I Begin with Headless Commerce?

iPhone 14: Is It Worth the Upgrade?