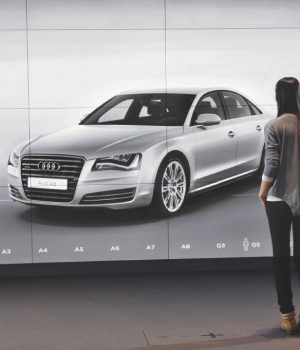 3D printing has become the latest trend and one of the greatest technological innovations that the world has seen in the last decade. And due to the rising popularity of 3D printing, most families have brought desktop 3D printers to their homes. However, for large-scale 3D printing, companies have been using industrial 3D printers.

Industrial 3D printers are based on FDM technology which creates durable parts of machines using thermoplastic with high accuracy. These devices offer higher parameter control which allows individuals to have greater control over printing.

There is a heated chamber in the printer, which minimizes the rapid cooling and also allows the usage of materials with a higher melting point. A lot of industrial 3D printers have double extruders, which with dedicated support materials, allow for the printing of complicated shapes with smooth surfaces.

In desktop 3D printers, the calibration and all the underlying equipment are not as good as in industrial printers. However, these printers have a greater error tolerance. Therefore, desktop 3D printers offer an acceptable quality of print which can only be made better when a skilled person is operating the printer. Furthermore, it is very time taking to develop any three models using desktop printers.

For industrial 3D printing, plastics that are used are ABS, PC, and Ultem. And the materials are selected on the basis of the following parameters –

Desktop printers that use Fused deposition modeling utilize PLA as the raw material. PLA is a filament that makes 3D printing easier in desktop printers. However, when there is a requirement for printing an object which should have greater strength, thermal stability, and plasticity, ABS is used in these printers. But to use ABS in these printers is relativity difficult as it requires a closed and heated chamber for smooth printing. So to make the printing easier, ABS is sometimes replaced with a similar printing material called PET-G.

In terms of the speed of printing, there is a considerable difference between the two. In a desktop printer, a 16-bit and 32-bit chip are used as the main control chip. In contrast, an industrial printer operates with 64 bits chip. In FDM, the speed between the two is almost the same, and one can use a desktop printer for some small-scale processes. However, when it comes to SLA technology, the scanning speed of industrial machines is at 1m/sec, and for desktop printers, it is 7m-15m/sec. And therefore, if an individual wish to use SLA, they should look for an industrial printer.

The printing reliability is the printing success rate of any printer, and this success rate is the real challenge to the design team. And this index is also used to differentiate between a desktop and an industrial-grade 3D printer. In a desktop printer, the printing reliability is somewhere around 70 percent, and for an industrial printer, the rate of success is as high as 100 percent. So if someone is looking for mass production and wants to get their designs right, they should opt for industrial printing rather than desktop printing for accurate results.

There are some printers that allow for automatic correction and inspection in the printing process. However, this feature is not included in desktop printers for cost-cutting; it is well-included in industrial 3D printing machines.

Therefore if someone is looking for small-scale production of repetitive batches of objects, they should look for industrial 3D printers. However, if they are looking to create fancy 3D objects for domestic purposes, a desktop printer is perfect.

How to Optimize Your Holiday eCommerce Website For More Conversions

How To Increase User Retention in Your App