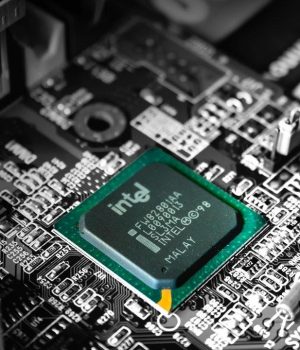 Did you know that the famous Grand Theft Auto V game brought revenue of nearly $6 billion since its launch? It sold more than 120 million copies and its budget was estimated at $265 million. In 2010, this was the best-selling video game in the United States.

But if you want to enjoy this game on your laptop, you need a decent configuration to run it smoothly. Should you upgrade your CPU vs GPU to get more FPS? Or both of these components are equally important?

Keep reading to learn more about GPU and CPU for gaming. This article will explain the differences between these 2 components and how they impact your gaming performance when you play GTA or another game.

How Does a CPU Work and Why Is It Important?

A CPU is one of the most important parts of your computer. It’s the central processing unit that works in conjunction with the other components such as RAM, video card, and storage hardware. The main job of the CPU is to perform millions of calculations per minute, so you can enjoy a smooth gaming performance.

The CPU is important because if you get a slow one, you might not be able to enjoy your favorite games. You might still play them, but with a lower level of detail. Today’s CPUs come with two or more cores.

The more cores your CPU has, the better. Dual-core is the minimum standard for most modern laptops. Go for a 4-core processing unit if you want to get a better gaming experience. For complex games like GTA and others, aim for 6, 8, or even 12 cores.

Why having more cores is better? Because this will speed up the sequence in which instructions are processed. As a result, your game will load faster, animations will run smoother, and you’ll be able to multitask on your laptop. More men are stronger than a few men, right? The same story is true for CPU cores too.

If you play a lot of multiplayer games, you probably saw that you can also play against the computer. This is usually known as artificial-intelligence computer player or AI. The CPU is known for handling AI instructions better, so it will offer you a better gaming experience during strategy or multiplayer games.

Many games allow you to play against the computer without necessarily requiring a high-end video card. The Age of Empires series as well as the popular World of Warcraft fall in this category. These games put a higher demand on the CPU, so you should get a decent one from Intel or AMD.

That’s because running through the AI instructions programmed by the developers is usually a sequential process. The CPU is better at handling sequential instructions and it can offer a smoother gaming experience.

You still need a good video card to play these games with all the details on “Ultra”, but you don’t necessarily have to go for the most expensive one. A 2GB GPU is probably enough to handle most strategy games and avoid latency while playing online.

A Higher-End CPU Is Recommended for Shooting Games

At the same time, experts agree that first-person shooter games also require more resources from the CPU. if you like to play Counter-Strike games or something similar, it makes sense to spend more money on getting a better processor for your computer.

For example, some of the best gaming processors are i5 or i7 from Intel. You could also go for an AMD FX-8350 that has 8 cores and can easily handle most of today’s modern games. These processors can deliver an impressive number of FPS and they can run almost any program or app smoothly.

The FPS (frames per second) is a good indicator of how good a processor can be. In shooting games, you need a high FPS to be able to see all your enemies on time and react quickly. Make sure that you also upgrade your internet speed, if necessary, to avoid having lag while playing your favorite games.

You Should Always Go for Newer Processors

As time goes by, processors also get better. The transistors inside them become even smaller and they are capable of accommodating more data. When manufacturers release new processors, these usually belong to a newer generation.

For example, the latest generation of Intel processors at the moment of this writing is the 10th generation. These processors are super-fast and they usually come with 4, 6, 8, or even 12 cores. A processor belonging to this generation is superior to the ones released in the previous years.

That’s why you should balance your budget to get a newer CPU with at least 4 cores. Then you can think about the video card, RAM size, and so on.

A good CPU will also deliver a smoother internet browsing experience too, not only improving your gaming performance. Check out these gaming laptops from Lenovo as they feature advanced CPUs and excellent battery life.

How Does a GPU Work and Why Is It Important?

We talked about the CPU and gaming mouse, let’s focus on the GPU next. This stands for the graphics processing unit and it’s synonymous with a video card, video memory, and so on. The GPU can be integrated into the motherboard or a dedicated one.

If you play a lot of video games, you should go for a dedicated GPU. This means that you get a component that’s specially designed to handle images, animations, videos, and anything related to graphics.

This is the function of the video card – to run pictures and videos better and faster. It will free up memory space for the CPU and give you a better viewing experience when you play games, watch movies, or render pictures and videos in editing software programs.

If the CPU has several cores that handle information sequentially, the GPU has hundreds or even thousands of little cores that handle instructions at the same time. It deals with 2D pictures, 3D complex scenery, and renders amazing animations and vivid colors to improve your gaming experience.

Some games have been specially designed by the manufacturers to be as eye-candy and impressive as possible. The aforementioned GTA V game features a lot of 3D objects, complex shapes, and stunning graphics that make you wonder if you play a game or you’re experiencing the real thing.

Most of these graphics are also rendered in higher resolutions such as Full HD or 4K. If this is the type of game you’re looking for, you need at least a mid-range video card. Some models from Intel or AMD feature at least 2GB or 4GB of video RAM and they are ideal for these types of games.

Similarly, if you play adventure, sci-fi, or fantasy games, you might need to upgrade your video card first. These games feature immersive worlds that put a lot of strain on your video card. To enjoy these games to the fullest, you need a powerful GPU belonging to the newest generations.

Make Sure That Your Display Monitor Matches Your GPU

There is a close relationship between your GPU, the game you play, and the display you use to enjoy it. For example, if your game is designed to work in 4K resolution, your GPU can handle it, but your display only goes up to Full HD resolution, you cannot enjoy this game at the fullest.

That’s why you need a display monitor that’s compatible with your video card. For example, most gaming laptops come with a Full HD display and this is a good thing. Your video card should be set to match its resolution as well as refresh rate.

The refresh rate of most laptops and desktop computers is 60Hz. However, some competitive games require a higher refresh rate that can go up to 144Hz. Make sure that your GPU can handle that because it’s a matter of how quickly these pixels are pushed on your screen.

For example, the Nvidia GeForce GTX 970 with 4GB of VRAM or the Radeon R9 390 are excellent video cards for most games. They can easily handle 1080p gaming and they should be installed on a laptop that has a Full HD display as well.

Both the CPU vs GPU Are Important When It Comes to Gaming!

It would be easier to just upgrade the CPU vs GPU and be done with it, but in reality, both these components are important. You should find out what types of games you like to play and then consider upgrading your gaming rig or going for a new gaming laptop.

As a rule of thumb, make sure that both these components come from newer generations and that you try to go for the slightly better model in each case. This will “future-proof” your laptop, meaning that you can still use it to play complex games even in the next 3-5 years.

For more useful pieces of advice on laptops, gaming, and tech in general, make sure that you check out the other articles on our website,Technoroll.