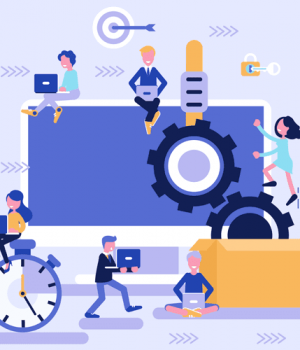 To become a software engineer in the first place, you will need certain qualities. Having excellent attention to detail, staying calm under pressure, being a team player, and having the ability to break down and solve problems are all critical to succeed in the world of software development. These qualities will be honed even further through your work as a software engineer, turning them into incredibly useful skills that will give you the confidence you need to take on just about any job you can find.

No matter what job you work in, you will regularly be faced with problems that you will need to figure out how to solve. As a software engineer, one of the biggest aspects of the job is solving problems and this is a skill that you can take with you and apply to any other career you might want to pursue in the future.

To be a successful software developer, it’s crucial that you have an eye for detail. Software engineers need to be able to focus on the most minute details of what they are working on while still understanding how these minor issues could affect the project at large. Being detail-oriented is an asset in almost any job.

One of the most valuable transferable skills you will possess as a software engineer is your familiarity and understanding of computers. While in the modern-day, being able to use a computer might not seem like a skill, you might be surprised at the number of people out there who are still unfamiliar with copy and paste, that don’t have basic typing skills, and that are nervous about using a computer when there is the possibility of making a mistake.

Software engineers and developers need to make decisions constantly throughout the workday and they need to have the confidence to stand over their decisions. Developers tend to be quick, but logical thinkers which is a huge plus going into any job. Being able to think on your feet and react quickly can be a useful skill in many situations and this is a skill that most software engineers have in spades.

While some may argue that creativity is an innate ability rather than a skill, it is certainly something that software engineers learn to foster over time. When you are working on a particular project, you often need to think outside the box to overcome particular issues with the code or the execution of the project at hand. If you want to move to a role outside of the world of software development, having the ability to think laterally can be a huge asset to have.

Understand All Of The Skills You Possess As A Software Engineer

While you might think that you are somewhat pigeonholed after studying to become a software engineer, this is simply not the case. From working and training in the world of software development, you will gain many more skills that can benefit you should you decide to change careers down the line. Understanding what transferable skills you have as a software engineer will give you more confidence if you ever want to move to a new industry in the future.

How to Build a Real Estate Management Software

The Ultimate Way to Relax: Unwind with a Spa Break