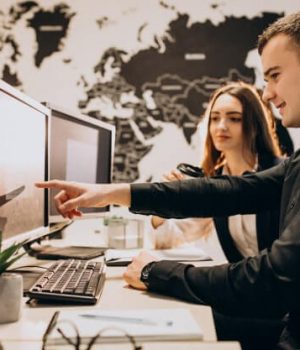 “Pendejo” is a word that means “dumbass” in Spanish.  It is the type of word to avoid using for the most part, though there are circumstances under which to use the word.  It may be prudent to avoid the word altogether, but here are some circumstances under which it is appropriate to use the word, “pendejo.”  If you are at a bar, you can use the word, “pendejo” because it is such an eminently casual word.  You might also employ the word when you are around close family members or friends.  They probably will not take it the wrong way.  It would be taken the wrong way only if one were to use it angrily or with an angry tone.  If you are angry, then that is a bad time to call someone a pendejo.  If you mean to use the word as banter, then that is no problem, and your friend or family member might even appreciate it or laugh at the gesture.

As a word whose literal meaning is male goat, “Cabron” refers to a friend or “bro.” Sometimes, this word can be offensive.  In certain parts of the world, like Mexico, cabron means little beyond dumbass.  If you are to call someone a cabron, just make sure that he or she is not Mexican.  Cabron is the type of word that is casual enough for a lot of contexts.  It is also slightly offensive for certain contexts.  The most curious thing about it is that it is rarely used in reference to a male goat.  A Hispanic person may make some sort of pun or double entendre with the word, “cabron,” but it is very unlikely that this Hispanic person will not use the word, “cabron,” to directly describe or illustrate the presence of a genuine goat.  Cabron is only one of many slang terms among Latin Americans.

This phrase is casual enough to receive an English response.  Simply, “Qué tal?” means, “What’s up?” If you want to know how your friend is doing or feeling, then you can throw this phrase at him or her.  It is not always easy to communicate with bilingual people.  Bilingual people are different from Spanish-speaking and English-speaking alike in the sense that they have their own unique experience of engaging with the world through language.  “Que tal?” offers the flexibility of using both languages in day-to-day life.

A perdido is a loser.  It is either a person who has lost or a person who is an unpleasant person.  There is the practical example of sports: One team is a loser, while the other is a winner.  You can also use this word to describe a detestable person.  “Perdido” can be thrown around casually with little offense in most social contexts.  It is not the type of word you would want to say during a solemnity or at work.  Perdido is not a curse word, though it is potentially offensive to the hearer.  Remember to regard context as you use the word, “perdido,” because you never know what someone else might find offensive.  Not that you can understand what is occurring inside someone’s head, but there is a general lexicon within the Spanish language of words that one should not say.

“Hijo de puta,” means, “Son of a bitch.” This is not the best word to say in most solemn contexts.  Calling someone a son of a bitch is rarely a joke.  It is also somewhat misogynistic to regard someone’s mother as a bitch.  This word can be employed in casual contexts, like bars, clubs, and small social gatherings.  It may not be appropriate for nurseries or religious institutions.  It is not that this phrase is particularly offensive on its own.  Rather, “hijo de puta,” is a series of syllables whose immediate intonations can cause discomfort at best and stress at worst.  If you are to use this phrase, you must make sure that you are using it only in cases of emergency.

“Chinga tu madre,” means, “Fuck your mother.” This phrase is highly offensive and should only be used in the presence of the people you like the least.  Be sure to reserve this word for the worst people you meet, as this phrase is extremely offensive in Mexico.

Is ICC ACP Training Worth it?

How to Write Top-Notch Essays with Useful Words & Phrases

The Complete Guide to Using Quotes In Essays