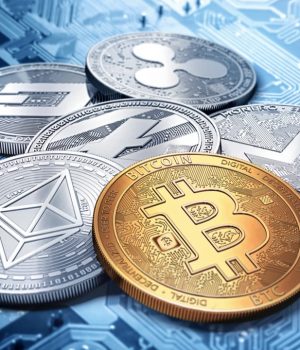 China was among the first countries to support cryptocurrencies. Home to some of the biggest firms and bitcoin mining structures in the world. China’s search engine giant, Baidu, began accepting Bitcoin for website security services.

Bobby Lee, the founder of the BTC China exchange, said, “What they care about is income—can bitcoin make me money now?” he said.

One way in which China exerts an influence on bitcoin prices is through its exchanges. Before instituting a ban against bitcoin trading in 2017, China accounted for over 90% of trading volumes in cryptocurrencies.

The operators of cryptocurrency exchanges Huobi and OKCoin, In July 2021, announced that they would close their subsidiaries in Beijing due to the latest crackdown on digital currencies.

In July 2021, Bishijie, an online community for Chinese cryptocurrency investors, terminated its website and app in mainland China, and BCT China, which once ran the country’s largest cryptocurrency exchange, announced that it had completely exited from bitcoin-related businesses.

The People’s Bank of China aims to become the first major central bank to issue a central bank digital currency. While its other counterparts in the west have taken a more cautious approach, China has already held trials in several major cities.

The latest crackdown makes it more difficult for individuals in China to buy cryptocurrencies using various payment channels and could impact miners’ business by making it harder for them to exchange cryptocurrencies for yuan.

A currency’s price is determined by demand and supply amidst other factors. Within the cryptocurrency ecosystem, China controls the supply of prominent cryptocurrencies through mining operations. Almost 65% of all Bitcoin mining operations are based in China despite these recent crackdowns.

A multinational semiconductor company Bitmainis responsible for 39% of all mining operations, runs the world’s two largest mining pools. It pioneered the ASIC chip, which runs most bitcoin mining systems, and is considered “the most influential company in the bitcoin ecosystem” by some.

Even though there has been a lot of negative comments about Bitcoin’s energy consumption, Chinese miners are still making a tidy profit due to high prices and investing with Bitcoin Billionaire; it could be argued that this might be the reason why the Chinese government has not set a deadline for the removal of Bitcoin mines.

China’s influence in mining spreads to other cryptocurrencies.  For example, consider the battle over Siacoin in 2018. The coin belongs to Sia, a Boston-based platform that enables content distribution over its network. Its founder expressed concern on the platform Reddit for Bitmain’s decision to develop ASIC machines that support the algorithm that runs Sia. The company’s decision is expected to significantly increase the supply of Siacoins in the market and centralize mining operations.

According to Eminetra, the total market cap. Of all, crypto is $1.47 trillion, and China had more than 90% of all trading volume before introducing regulatory measures and restrictions in 2018.

China is still a significant player in the cryptocurrency ecosystem. The country has several means to control the prices of cryptocurrencies, even though it might seem that it is cracking down on them. Those control measures will be helpful if and when it begins regulating cryptocurrencies.

Despite the country’s attempts to wean its economy off of cryptocurrencies, the nation still exerts significant influence on prices.

The prices of cryptocurrency are not ultimately dependent on China. Still, China is likely to become the world’s most regulated crypto hub and will continue to impact the demand and price of cryptocurrencies.