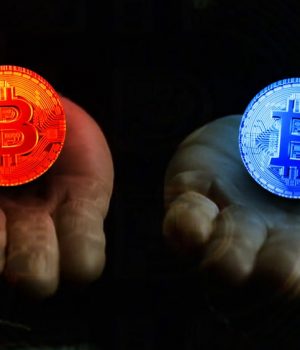 One of the things that added to the awareness of Bitcoin is the number of overnight millionaires it made. Investors that had the knowledge of bitcoin before it became what it has currently grown to are significantly wealthier than they were a decade ago, particularly because of Bitcoin. With the largest share of market capitalization in the world, Bitcoin has gained solid ground over the years. When it started around 2009, Bitcoin was worth next to nothing. This was because it entered the market as the first cryptocurrency in existence. Its relative novelty was one of the reasons it took time for people to adopt its usage. However, when they did, it surpassed all the predictions that had been previously made and reached unbelievable value.

After this happened, everyone saw the first generation of investors get rich, and then everyone wanted a piece of the cake after that. This further made it a scarce commodity, making it even more valuable. Apart from the miners, which are the source of the Bitcoin currently being circulated, some traders circulated the currency. Just like the fiat currency platform, Forex, there are other platforms like bitcoincodeapp.io where people can trade cryptocurrency by making predictions of price movements on the charts and backing those predictions up with certain amounts of the currency. As of January 2021, the price of Bitcoin was around $30,000. This is a huge feat for a non-governmental system to achieve. Because of this immense success, several other cryptocurrencies have started to spring up over the years. Several investors and individuals believe they missed out big on Bitcoin and would not like to repeat that. As such, everyone is in search of the next groundbreaking cryptocurrency. There are certain pointers that can help identify these prospects. Some of them are:

This is one of the most important aspects in the steps to becoming successful in the world of cryptocurrency. An average investor has some financial constraints. For example, an investor has $3,500 to invest in cryptocurrency. The best way to invest is by diversifying. If the investor puts the entire cash into Bitcoin, that’s less than half of a Bitcoin, of which the investor could run into loss as Bitcoin is currently experiencing light regressions. However, the investor could use the money in buying several less expensive coins.

Over the years, several Altcoins have gained major grounds for adoption. This was the case of XRP back in 2018 when they had a major regression, while ripple stole the spotlight and grew. Even though currently, XRP has been on the low side, there are still major studies pointing to major possibilities of adoption in coming years. These studies were based on ripple’s system being sub-engineered by central banks in unison with other financial institutions.

The supply factor is important because most cryptocurrencies operate under the same principles of having a predetermined specified total amount. When that amount is reached, probably through mining efforts, they will not be production of any new tokens. This is the same thing that is happening to Bitcoin. There is significantly less Bitcoin that is to be mined, as such its supply is reaching its end slowly. Therefore, for a new coin, even if the supply is fixed, it might still have prospects provided its price and adoption rate is in the positive direction.

Generally, investing in cryptocurrency is a risk just like every other investment engine. Most predictions, although are based on specific studies and observations, might turn out to be futile as there are many factors involved in the success of a currency. As such, it is advisable to invest manageable amounts of money which will have no long-term effects.