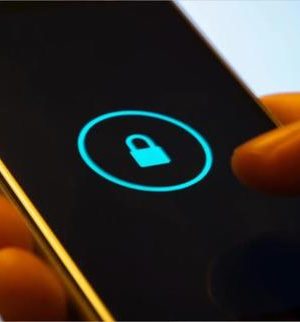 VPNs are essential for online activities like surfing, streaming, gaming, and more. Several people need VPNs for different needs and on various devices or platforms.

If you have several reasons to use a VPN, there are more chances of you getting puzzled about selecting the best VPN per your need. Express and Nord VPNs are the most talked about VPNs recently.

Both these VPNs have excellent and positive reviews on play stores and websites. Let us look at which is the best and will do the job for you.

Let us start the comparison based on the specifications these VPNs have.

Expressvpn offers a dedicated on/off button and a user-friendly interface. It gives you 3,000+ servers to choose from 94 countries. Express VPN provides a better user experience with a neat interface for locations, servers, etc. Express VPN allows you to connect five devices simultaneously.

Nord VPN comes with a dedicated Quick Connect button. It offers 5,000+ servers from 60 countries. It also has a decent user interface, but not better than Expressvpn. You can connect six devices simultaneously.

You can use several protocols to check these VPNs’ speed like Lightway, NordLynx, Open VPN protocols, etc. You will get different results on different platforms. Here is a list of downloading speeds.

Several people use VPNs mainly for unlocking and streaming geo-locked content. So, streaming is a crucial criterion in comparing these two VPNs.

Expressvpn offers a convenient feature where it tells you about the websites it can block for you. NordVPN does not claim to unblock specific websites.

Several users prefer Express VPN for streaming, especially on Amazon Fire Stick. It is one of the fastest VPNs around, and also it gives you server options from 94 countries.

If you do torrenting activities daily, you might need to use a VPN because torrents and their websites can contain malware and viruses. Both these VPNs provide good P2P functionality.

NordVPN does not support P2P functionality on all of its servers. However, it automatically detects if you are torrenting and switches to a torrent-supporting server.

Express VPN supports P2P functionality on all of its servers. It does not have a data cap and bandwidth restrictions. It also gives you a Kill Switch feature if your internet connection drops.

Both VPNs use AES-256 encryption to avoid any compromise on your security. Express VPN offers a key feature, All-RAM servers. On the other hand, NordVPN offers Onion Over VPN, which means even if the network is compromised, you and your device will be secured.

There is so little to differentiate between both VPNs. If you use a VPN for streaming or unlocking geo-locked content on different platforms, you might want to use Expressvpn. It offers more locations that help maintain a decent speed from almost anywhere.

If you are more concerned with security and privacy, you might want to use Expressvpn. It is slightly more secure than Nord VPN(at least on paper).

If you are focusing on getting the maximum speed, Nord VPN might be the best option for you. It outclasses Express VPN on almost every protocol. You might also want to use Nordvpn to save more money.

In general, I recommend using Express VPN because of its simple user interface, more locations, and better security.

How do I Begin with Headless Commerce?

iPhone 14: Is It Worth the Upgrade?