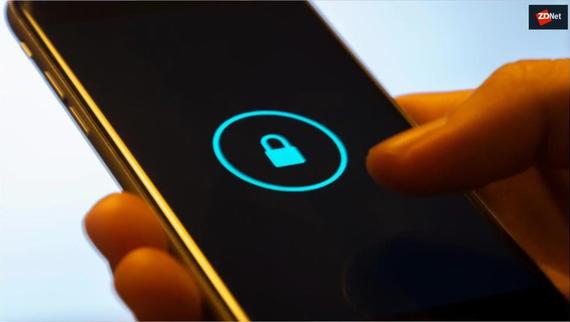 NordVPN, the leading virtual private network (VPN)* provider, recently released its first Cyber Risk Index (CRI). It’s a comprehensive evaluation of data gathered between 2017-2020. It assesses the risk of becoming a victim of cybercrime, depending on one’s country of residence.

The essential conclusion is that developed countries are at a much greater risk of attack due to a variety of reasons. Their high GDP per capita, smartphone penetration, and organizations lead to this increased risk.

Scored between 0 and 1, the higher the index, the higher one’s vulnerability. For reference, a score above 0.6 is considered high risk while above 0.8 is very high risk.

* What is a VPN? A virtual private network encrypts one’s internet connections, making it more difficult for anybody to intercept the exchanged information between digital devices and the sites one’s visit. It makes the connection private, and hackers or other third-parties can’t track one’s online activities.

Where Do These Results Come From?

NordVPN partnered with Statista to collect over 40 different risk factors for cybercrime. They divided them into four categories:

Socio-economic conditions play a massive role in determining who becomes a victim. It includes population, education, GDP, and average monthly wages. They make specific targets more attractive than those in other countries.

The vast majority of cyber-attacks occur over the internet. Smartphones, the internet, social media, eCommerce, and time spent online to increase a country’s risk profile.

A country’s cybersecurity legal framework can help reduce their exposure. It includes vital legislations like data protection laws, ranking on the Global Cybersecurity Index, and the severity and certainty of legal action as punishment for cybercrime.

Both a nation’s total amount of crime as well as the volume of cybercrime play an essential role. The types of losses people sustain include direct and indirect costs of data breaches and more.

Why are Australians at High Risk?

For one, Australia’s not alone. Many of the world’s leading economies are at higher risk as a result of socio-economic factors alone.

However, in recent years, Australia’s cybercrime statistics have been alarming. 60% of SMEs encounter cybersecurity issues at least once every month, with 500,000 businesses falling victim every year.

Even in the wake of the 2019 election cyber-attack, most Australians don’t think they’re under any threat of malware/cyber-attack. To top it all off, analysts have estimated that Australia has only 7% of the cybersecurity expertise that it needs.

Altogether, you have a country with a high GDP and internet usage penetration that’s also a regional internet hub with an overwhelming low-security infrastructure.

In this light, the real question is, why isn’t Australia higher on the CRI index?

What Should You Do?

Regardless of where your country ranks on the list, taking cybersecurity precautions is crucial for everyone.

Whether you have an SME or want to protect yourself from cyber-attack, a few fundamental security tools and strategies can go a long way.

It doesn’t require tech skills to download and use tools like antivirus , encryption software , VPNs , or password managers . Securing all your accounts with unique, complex passcodes and two-factor authentication is also easier than ever.

Finally, it’s vital to learn to recognize online scams . Over 90% of all malware is delivered via email. Knowing what social engineering attacks look like and using tools that scan links and downloads minimize your risk of becoming a victim.

There is no such thing as a good time to get hacked. But in today’s chaotic and challenging world, nobody can afford the damage of suffering a cyber-attack. So pay attention to the Cyber Risk Index and start integrating these security tips and tools into your daily internet use.

Is using a VPN in Denmark legal?