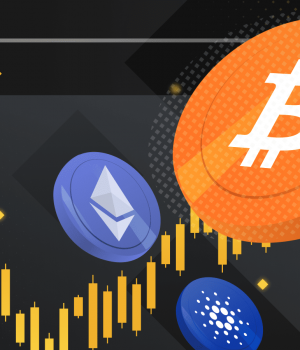 Cryptocurrencies are designed to reduce the power of the government, central banking system, and other centralized institutions. The decision-making authority is evenly distributed among its members. Over the years, people have invested in cryptocurrencies in order to make profits and build their wealth.

What Are The Best Cryptocurrencies To Invest In?

The cryptocurrency (otherwise, called crypto) world keeps expanding, and its popularity and adoption have grown among enthusiasts across the globe. There are many types of cryptocurrencies that have evolved in recent times. Some of the best cryptocurrencies are introduced below:

This is the largest and most popular cryptocurrency all over the world and has grown rapidly since it was launched over a decade ago. When it was first created, one Bitcoin was worth 0.00077 USD. However, within 8 years, its value would surpass the $10,000 threshold – an incredible return on investment. As of the time of writing, it is worth just over $36,000. This shows how rapidly its value keeps rising. It does not stop there.

Bitcoin has often been met with criticism by the media. Several websites are with articles that have erroneously predicted the fall of Bitcoin. There are many that viewed it as a transgression to the worldview. Besides this, there have been regulations imposed on its adoption by the governments of many countries. Yet, its market keeps growing and investors all over the world are attracted to the network. In the United Kingdom, for instance, there are lots of Bitcoin enthusiasts that can find the right trading platform by doing proper research. Bitcoin has a market capitalization of almost $590 billion.

This is also a decentralized network that ensures that decentralized applications and smart contracts are built to protect it from fraud or third-party interference. Ethereum provides a platform of financial products that can be accessed globally, without regard to the nationality or gender of the user.

This cryptocurrency was created in 2011 and it generally follows in the footsteps of Bitcoin. Oftentimes, it is referred to, by many, as the “Silver to Bitcoin’s Gold.” It works as a decentralized open-source payment network that adopts the use of “script” as its proof-of-work.

It is hard to ignore the fact that Litecoin is similar to Bitcoin in many ways. Yet, it offers a faster rate of Block generation, and as a result, provides a faster time for transaction verification. Litecoin has a large market capitalization of $10.1 billion and a per-token worth of $153.88.

This has grown as a widely-known cryptocurrency and is often viewed as a promising Blockchain. Polkadot ensures the cross-blockchain transfer of all kinds of data or assets and is not restricted to tokens. Its relay chain offers the chance to inter-operate with so many Blockchains.

Furthermore, it can also generate a custom Blockchain within minutes by using a substrate framework. Its validity scheme and data availability enable chains to interact with one another reasonably and maintain their independence in government but are very secure in unity.

Cryptocurrency is rising in recognition and adoption – a fact that ensures the interest of enthusiasts. If you wish to invest in cryptocurrency, there are many good types you can choose from, as mentioned above. By selecting the right cryptocurrency, you improve your chances of making huge profits.